What are you doing Sunday morning at 8am?  Most sane people will be sleeping, but this Sunday I will have already been up for a few hours with two Starbucks under my belt, hopefully walking into Target to purchase a few Peter Pilotto dresses!  Why does Target have to open at 8am?  Why not 9 or 10am?

Anyway, after speaking to people at both of my local Target stores I have been informed lines for collaborations like this start early so I need to make the effort and be at least CLOSE to one of the first in line.

I have added some look book images below, and please note as well some of these items will be available online at Net-A-Porter as well.

All photos courtesy of Target. 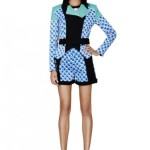 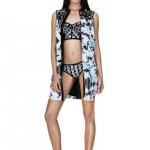 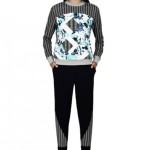 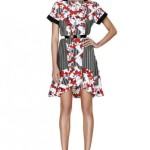 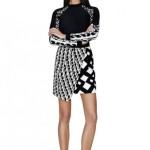 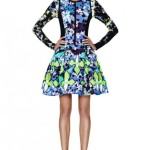 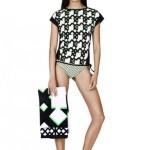 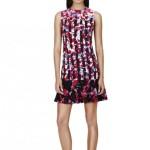 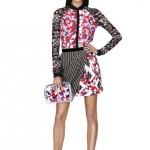 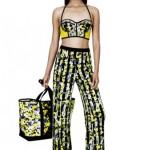 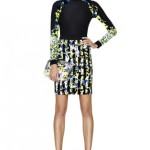 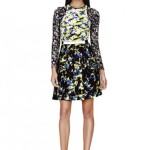 In September Target announced it’s first clothing collaboration to launch in 2014 – it would be with London based brand Peter Pilotto.  The first image for the line has finally been released, and the pricing has been announced as well.

The line will be available on February 9th, 2014 in Target stores in the U.S. and Canada, on their website, and for the first time this collaboration will also be available on Net-a-Porter.com.  The luxury e-retailer Net-a-Porter will feature a select number of items – this way international buyers can have a piece of the line as well.

There are nearly 70 items in the collaboration, and items range in price from $14.99 to $70.00, which is much more affordable than the high end brand usually sells for on it’s own.  Celebrities who favour Peter Pilotto include Kristen Stewart, Kerry Washington and Emma Watson.

The main launch photo features designers Pilotto and De Vos in their own clothing, and none of the items of clothing that the other models are wearing in the photo are more than $50!

Considering my favourite jacket from Peter Pilotto retails for $1,870.00, this collaboration will be my only way of getting my hands on something from the brand. My favourite jacket that I will likely never own!

A video has also been launched to promote the collection, but it does not include any images of the actual pieces in the line.  Instead it gives a hint of the digital prints that will be used in the collection.

I’m still excited – designer clothing at cheap prices makes me happy!  My only complaint is that my local Target did not carry any of the 3.1 Phillip Lim line, so I will need to make the trek to another Target that is sure to have this collaboration.