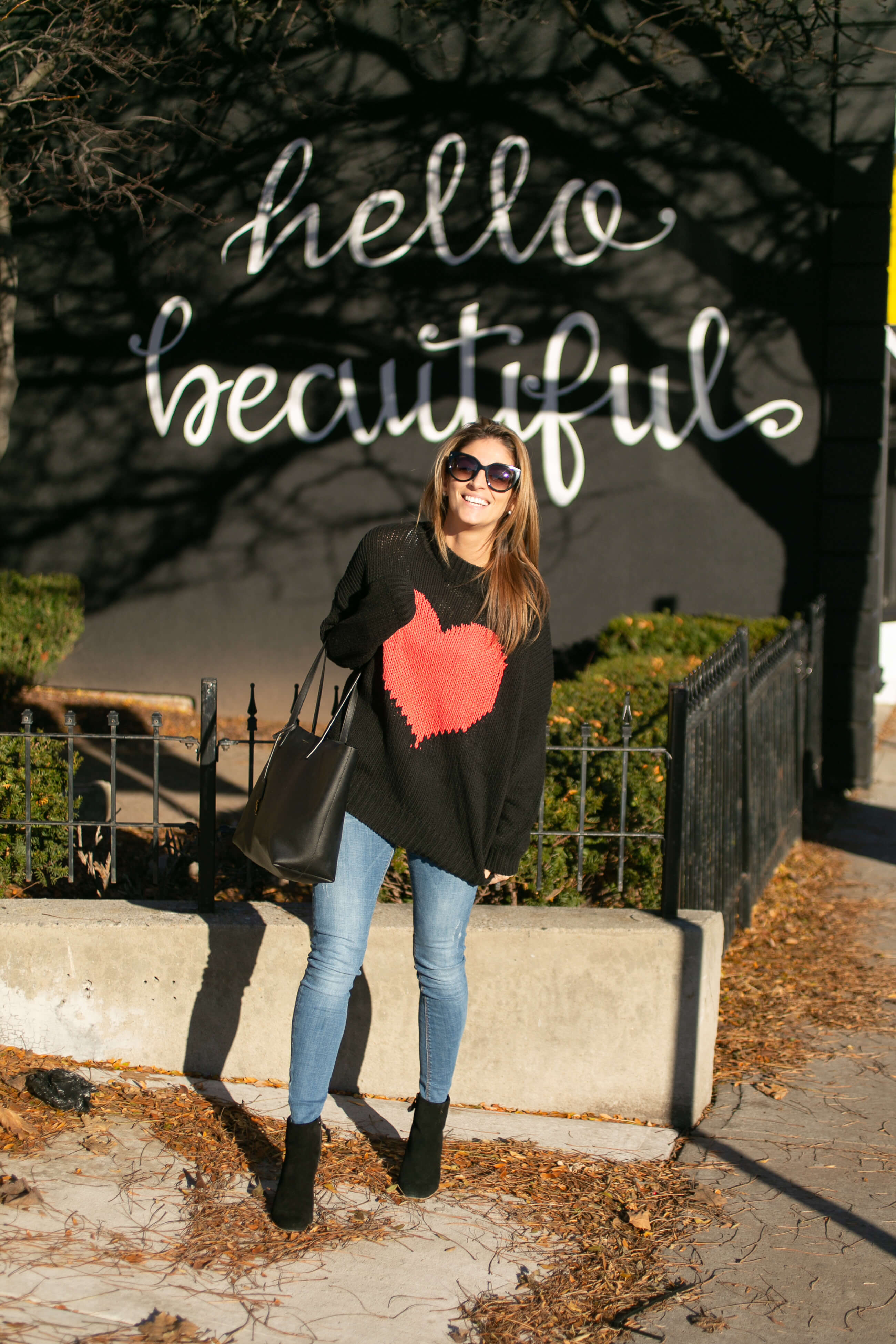 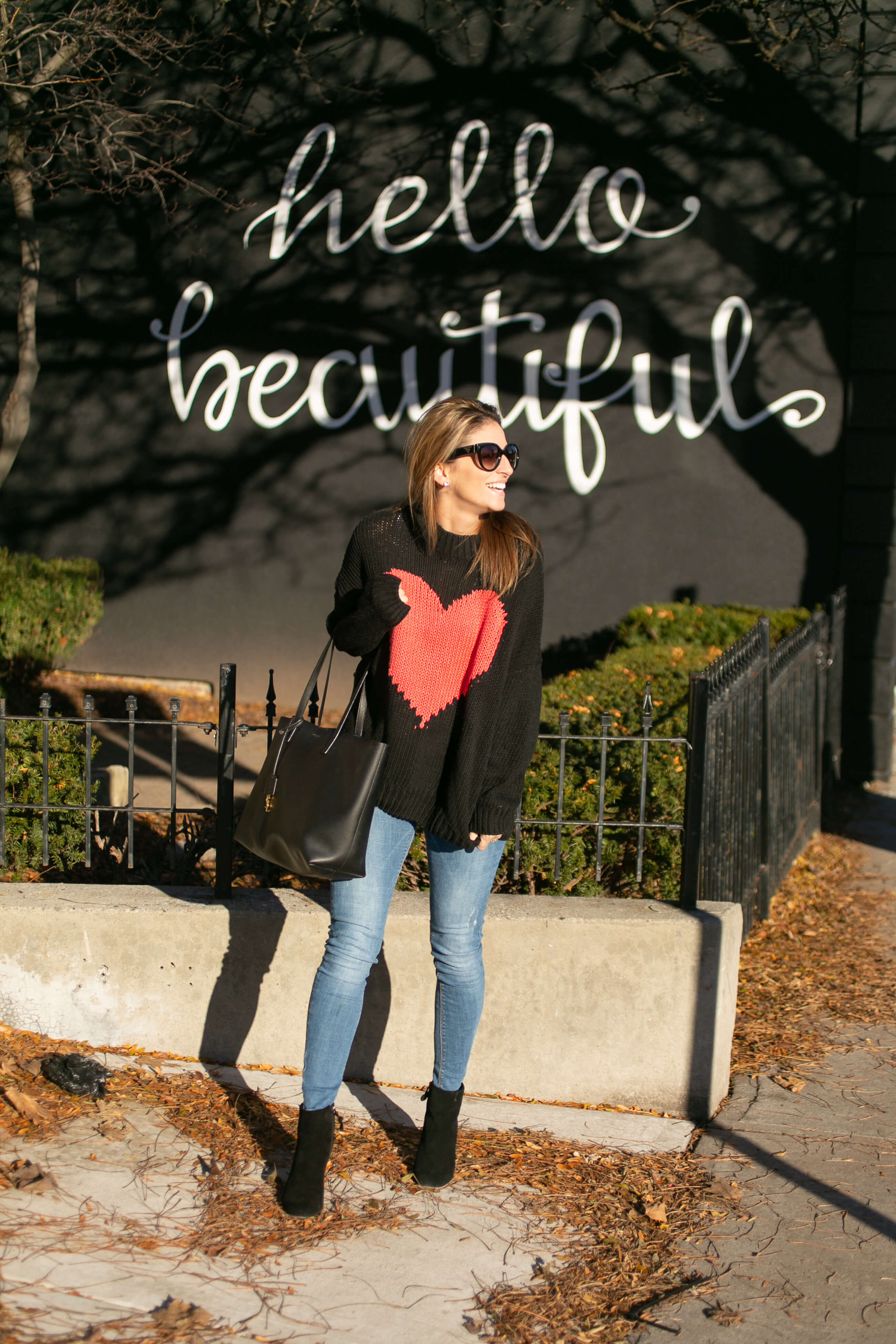 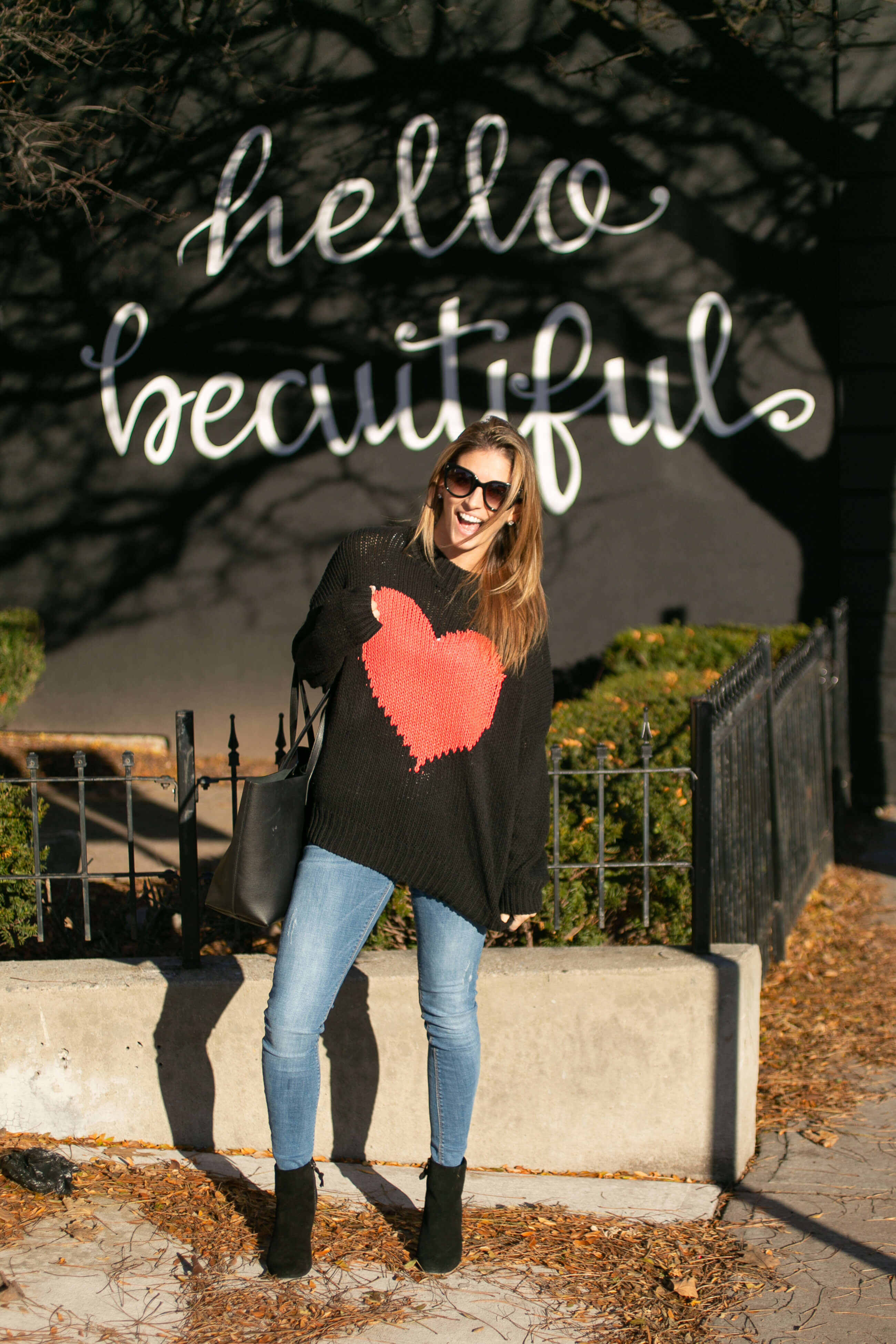 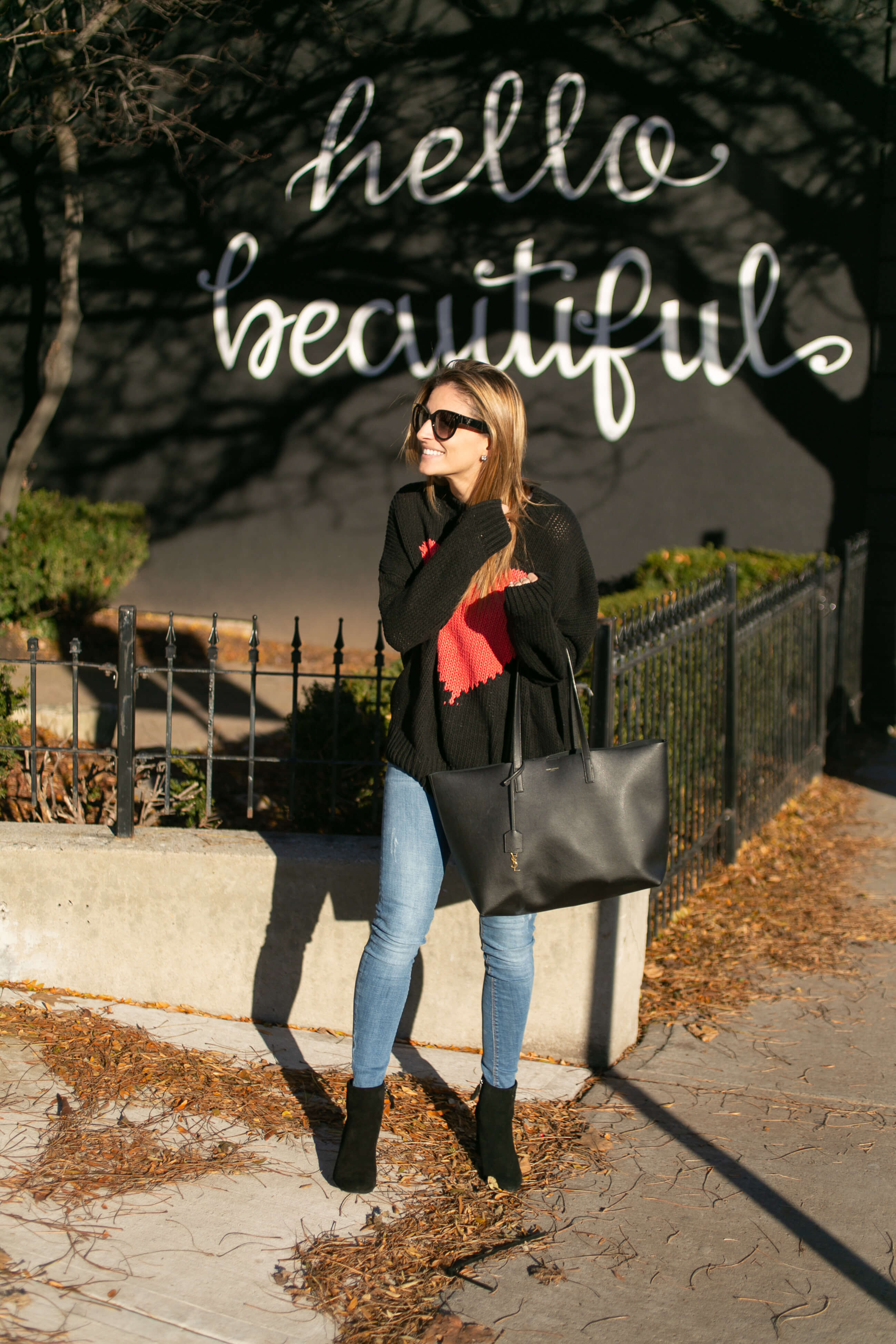 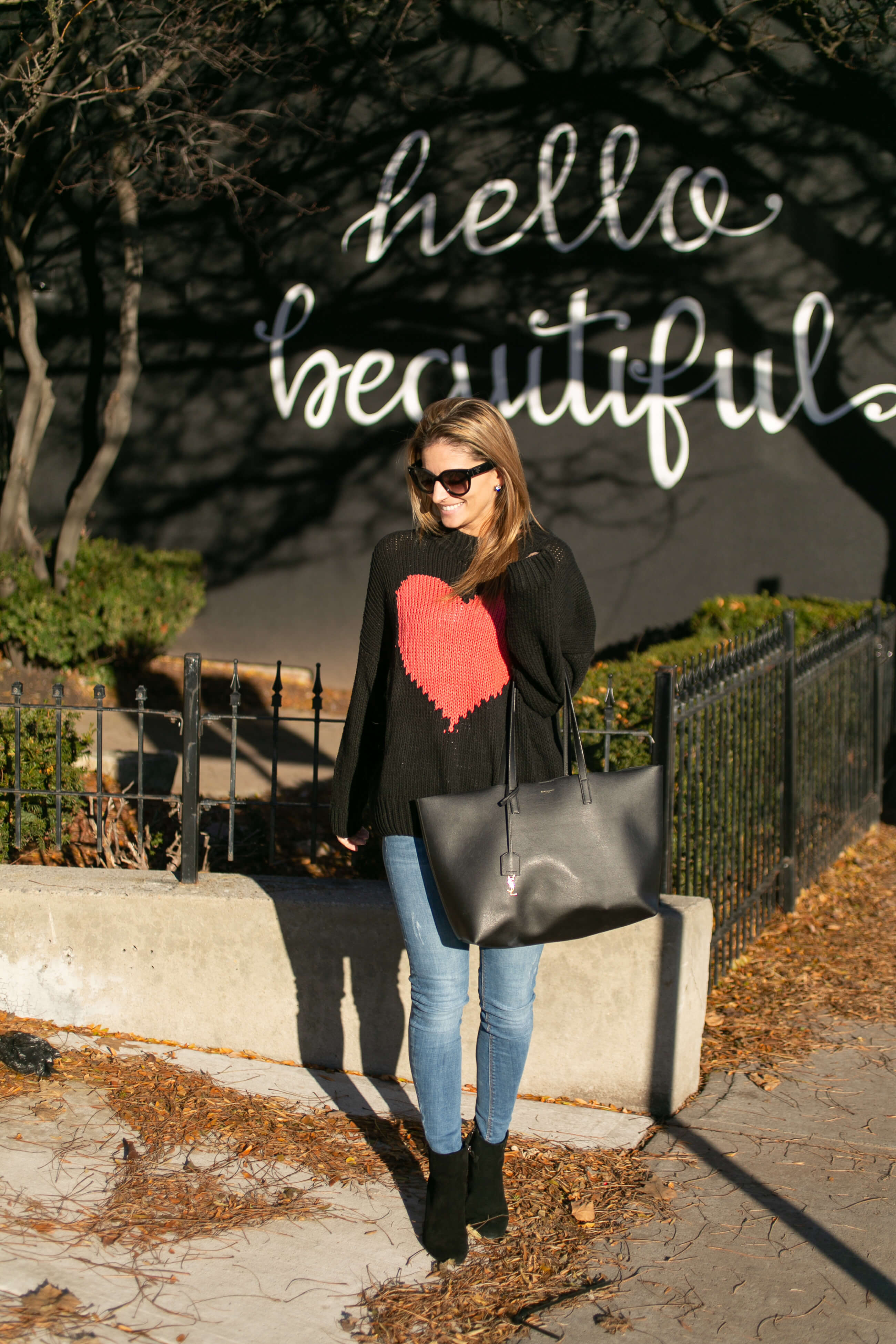 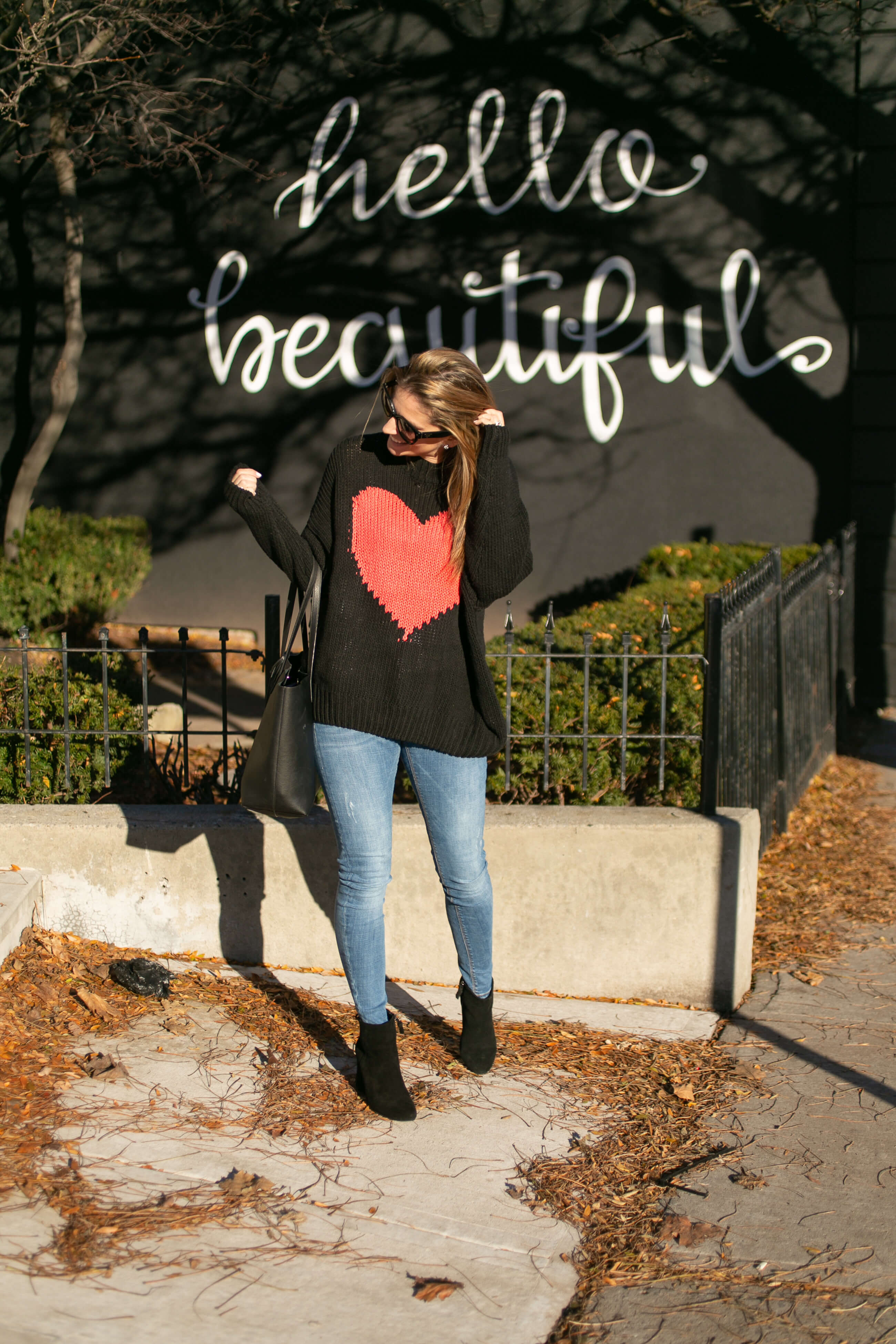 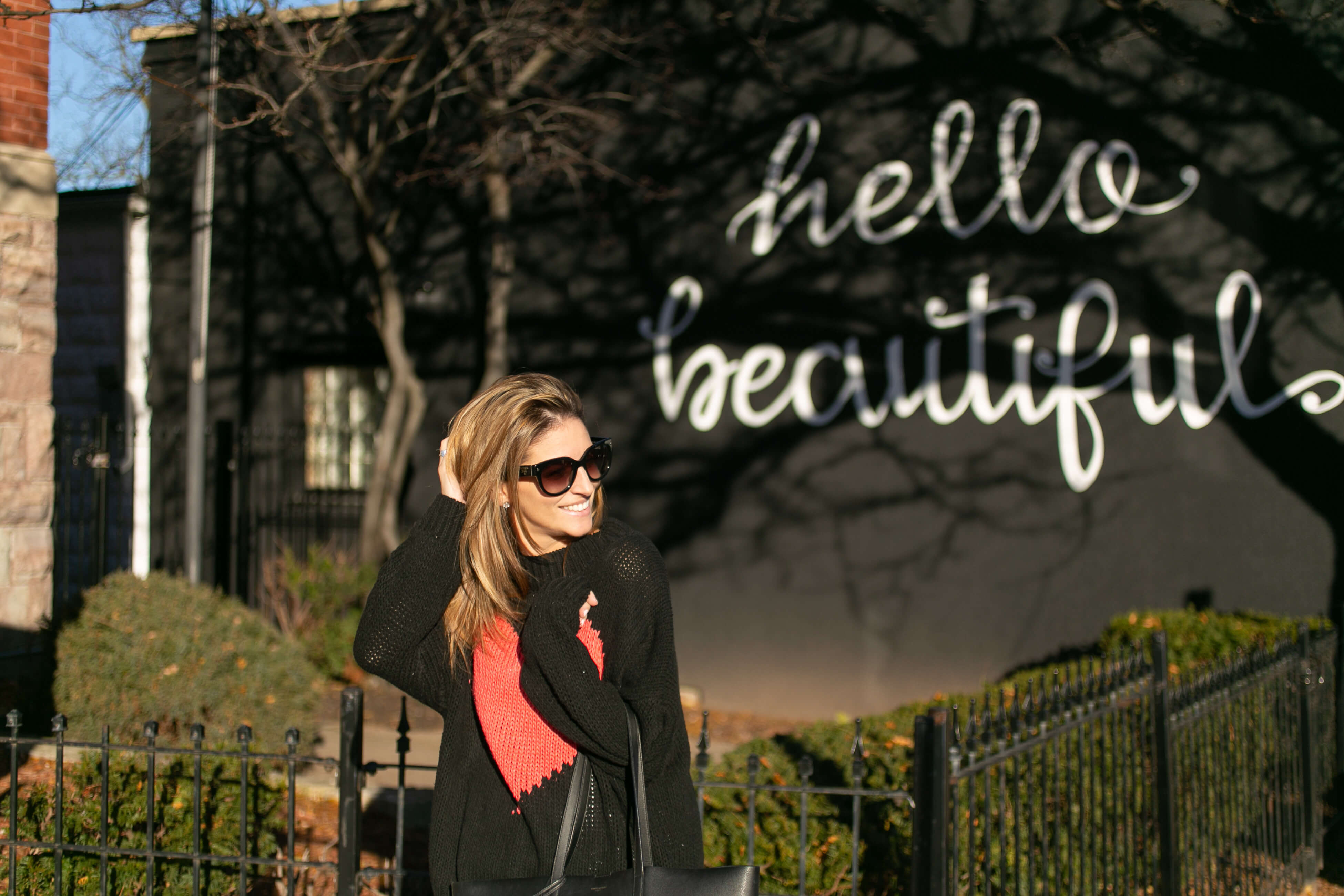 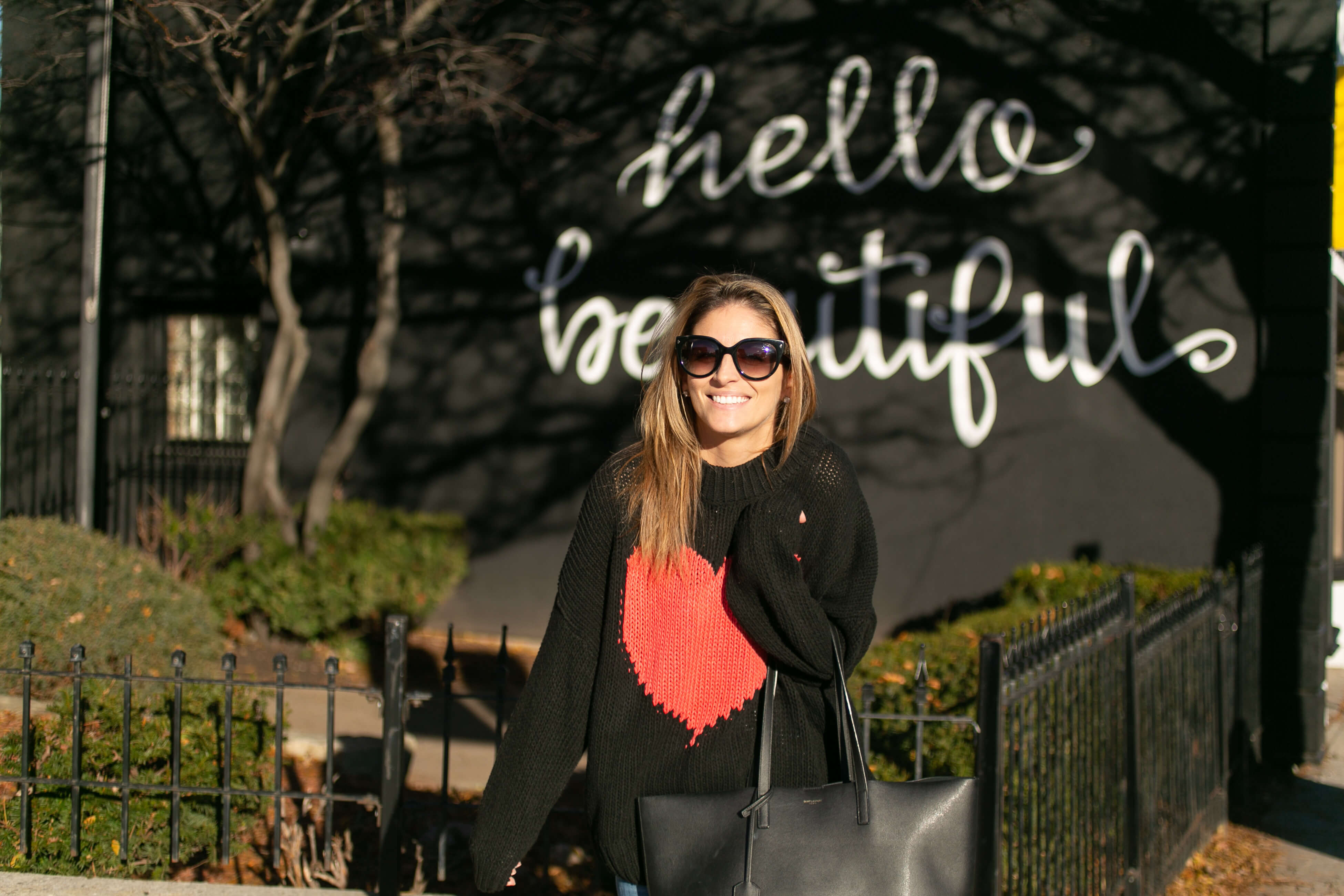 Isn’t this the prettiest wall? My hometown of Whitby has some cute little corners and storefronts, but we are really lacking adorable walls like this! Once I saw it pop up at the end of the summer I demanded my husband take my photo in front of the wall immediately before it was even finished. My poor Instagram husband didn’t even complain – he’s used to my photo demands.

I’m running on Starbucks and advent calendar chocolate right now, but I’m going to make to the holidays! I just finished my Christmas shopping, and all I need to do is wrap and I’m ready to go! I actually haven’t finished my shopping so soon before – usually I’m shopping right up until Christmas Eve – but I’ve gotten everything with some time to spare! The only thing I will need to run out and grab is the new Dog Man book that for some reason Dav Pilkey decided release on Christmas Eve, and my son apparently HAS TO HAVE IT, so that should be a fun errand!

I’ve just booked us on a trip to Atlantis in February, and I’m so excited! The last time we went as a family my son was only 9 months old! I went back earlier this year without him and he was not impressed. He doesn’t remember our trip at all, and even though I’ve shown him photographic evidence that he was there, he doesn’t believe it. He’s also mad there are no photos of him at our wedding, but he doesn’t seem to grasp that he wasn’t born until 5 years later. I think it’s hilarious he’s actually mad he wasn’t there.

I’ve had a big thing for hearts lately, and this cozy sweater is just the latest in the collection I’m apparently putting together. It’s hard not to be happy and in a good mood while wearing a giant heart!

Items in this post may have been provided to me for review, but all opinions are fabulously my own. This post contains affiliate links.