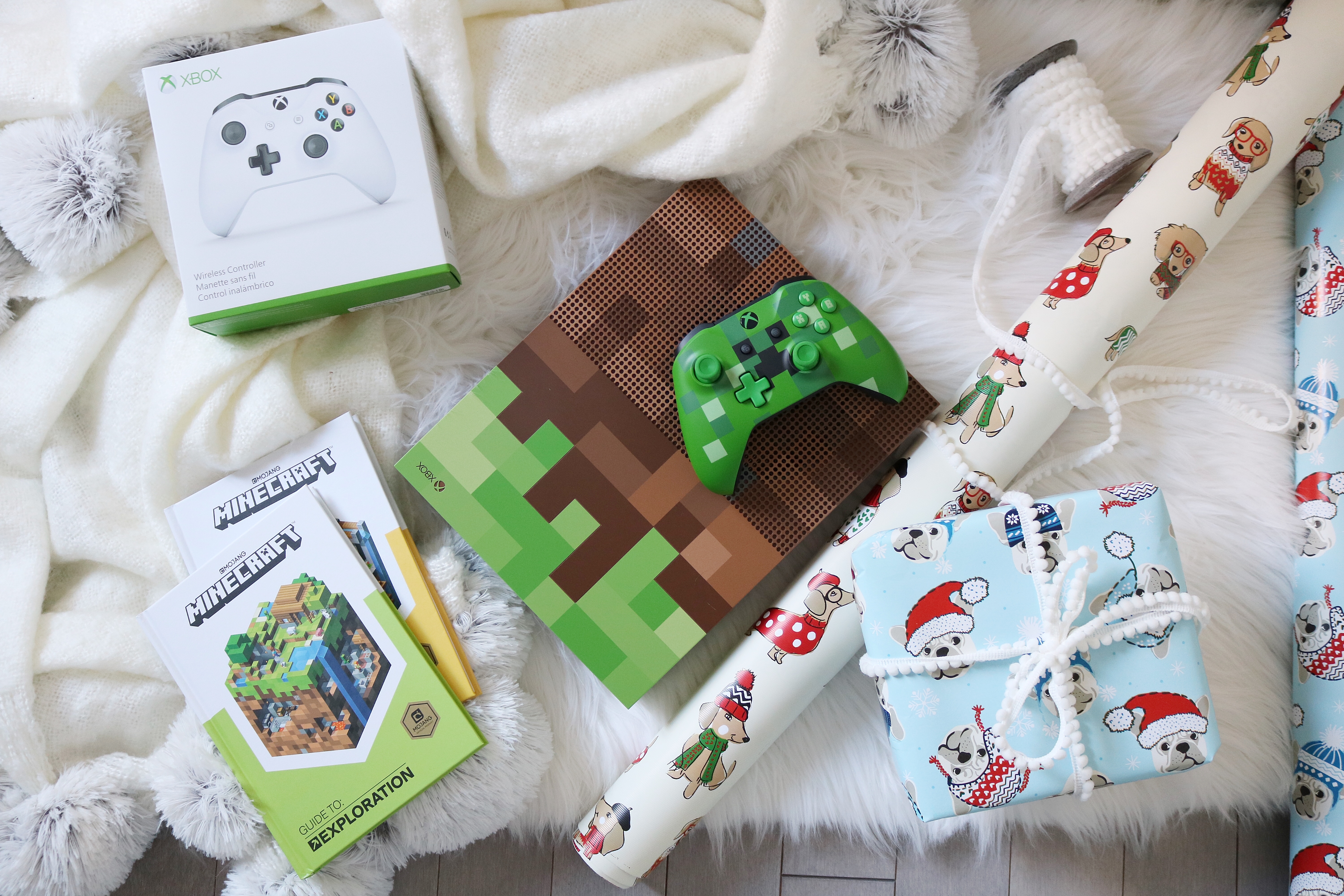 The best moment of Christmas is watching my son open up his presents. At the age of 5 he takes the idea of Santa, magic, and being a very good boy each year very seriously. This year (and the last) the top item on his list was an Xbox. He has no idea, but this year his wish is coming true and he’s getting an Xbox One S! Needless to say, we can’t wait until he opens his presents this year.

At the event we had the chance to try out many of the popular Xbox games, and I was able to gauge which games my son loved or had the ability to play and have fun with. The staff at the event had some great tips for me as well on the gaming system itself, and some ideas on how to make sure he had fun with Xbox.

We attended an event with Xbox earlier this year, and I learned so much about this gaming system that I couldn’t wait to share on the blog! There are a few really great reasons on why we thought the Xbox One Swould be a great gift for our son, and I thought I would share them here. 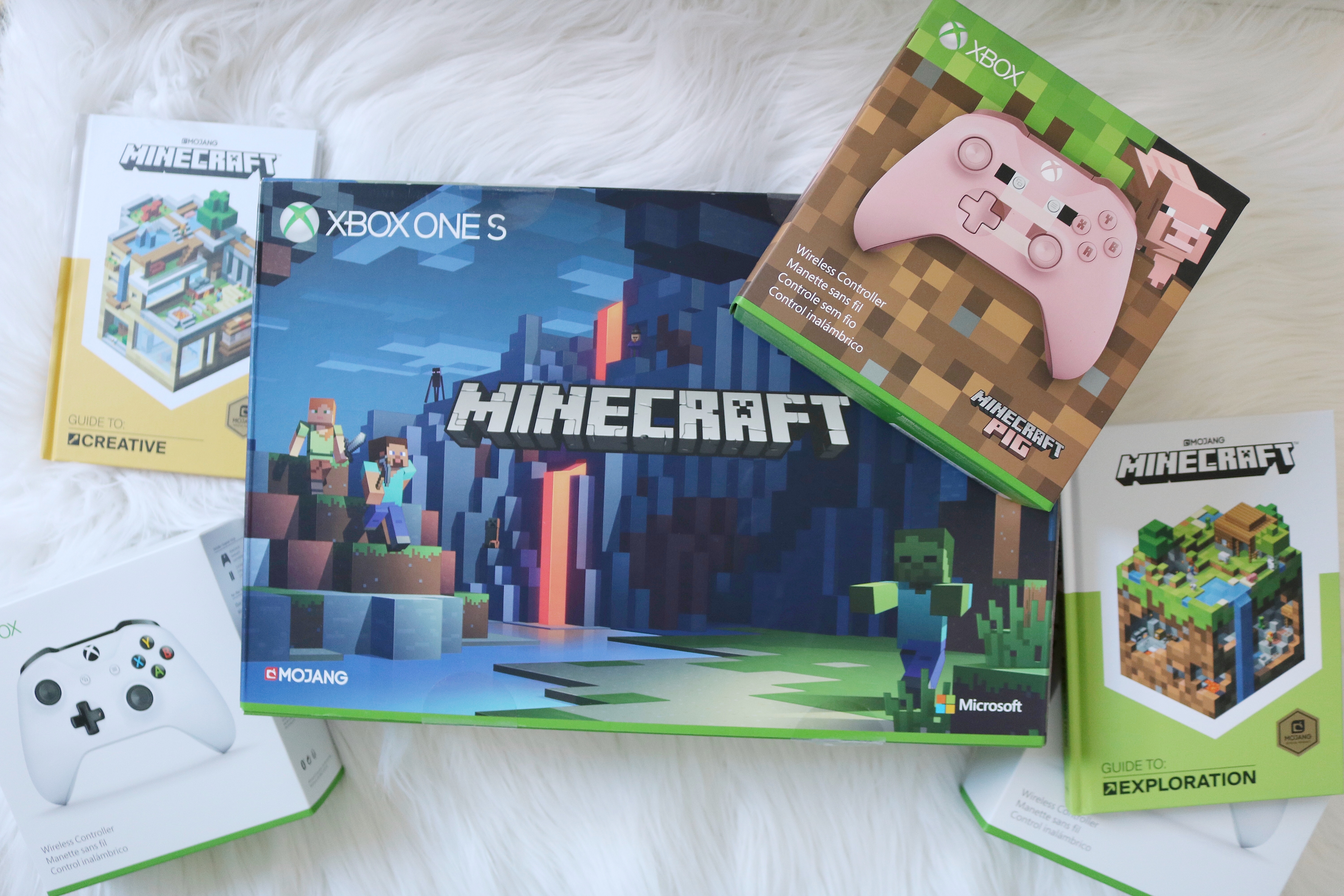 The first reason we love this console is that you can create parental controls. Once you take the Xbox out of the box, one of the first things you will want to do is sign into your Microsoft Account, or create an account in the Microsoft Account Family Centre.

Once this is done you can add your child to the account so you have the ability to customize their experience and place restrictions on the Xbox. 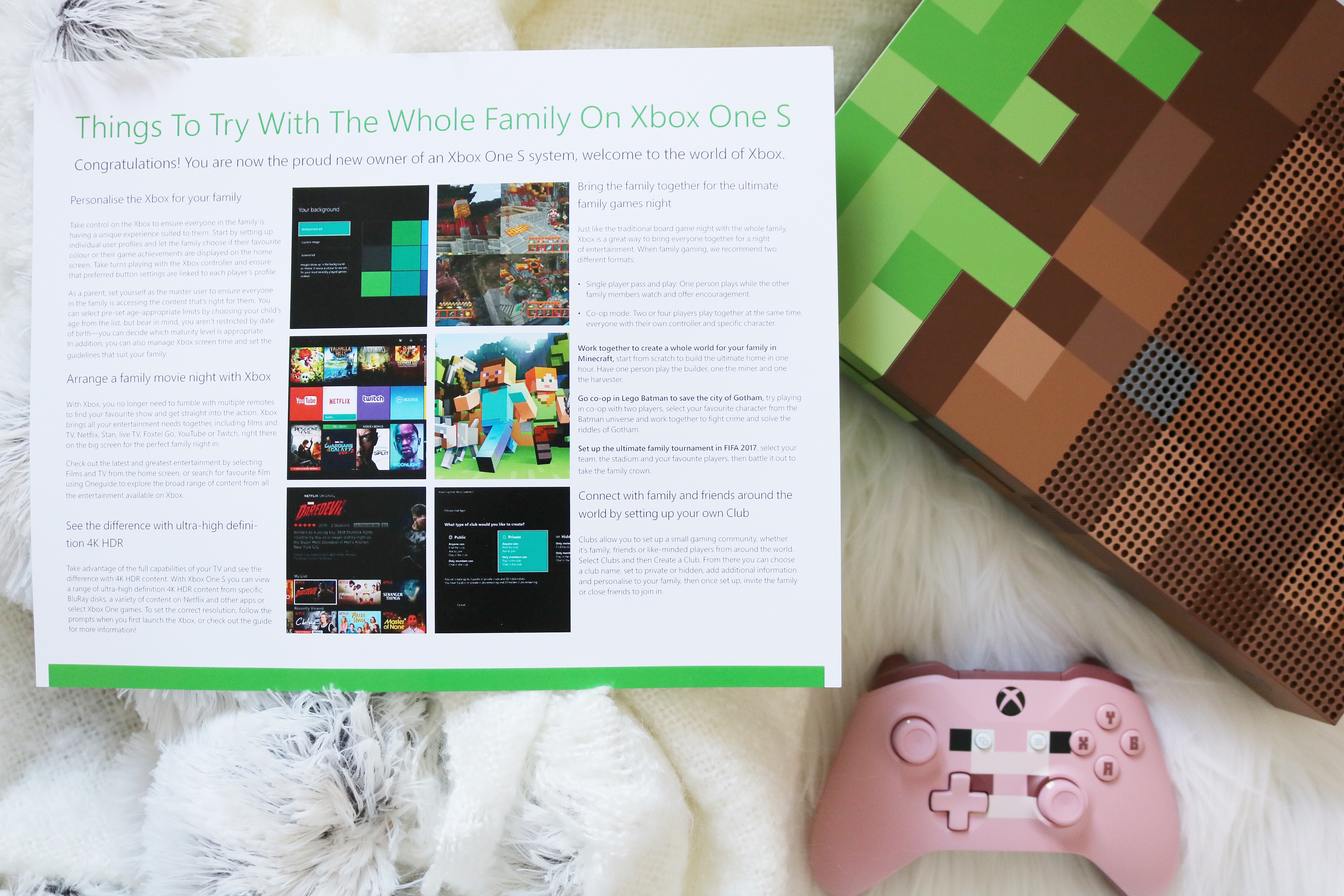 Under Web Browsing you have the ability to block adult websites, or only allow certain websites to work. You can use Screen Time to limit the amount of time they can spend using the Xbox One S. I think this is one of the coolest features! There will be no arguments on how long my son can spend on the Xbox One S if it automatically shuts off when his time is up! 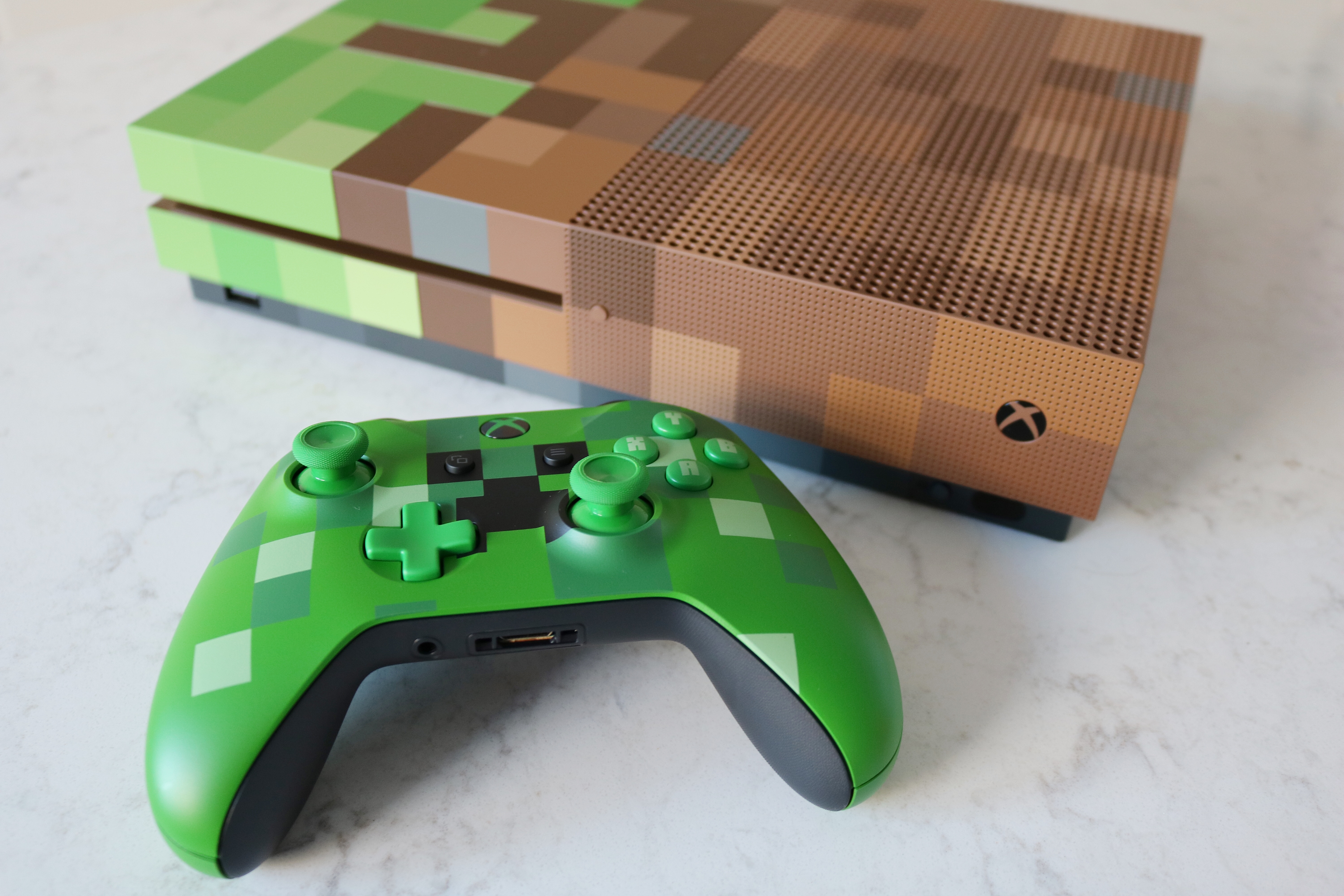 There is also the ability to restrict what age rated content your child has access to under Apps, Games & Media. If a child is under the age of 8, by default the system turns their Access to Content off.

Another fun feature is the ability to receive detailed emails on how your child uses their Xbox by selecting Activity Reporting. Very cool!

Our particular Xbox is the Xbox One S Minecraft Limited Edition Bundle. When we were at the Xbox event, my son played Minecraft the most! We have some great resources on how to play the game with a couple of books, and the console even game with a very cool Minecraft controller, plus we have another one that is Minecraft branded as well. 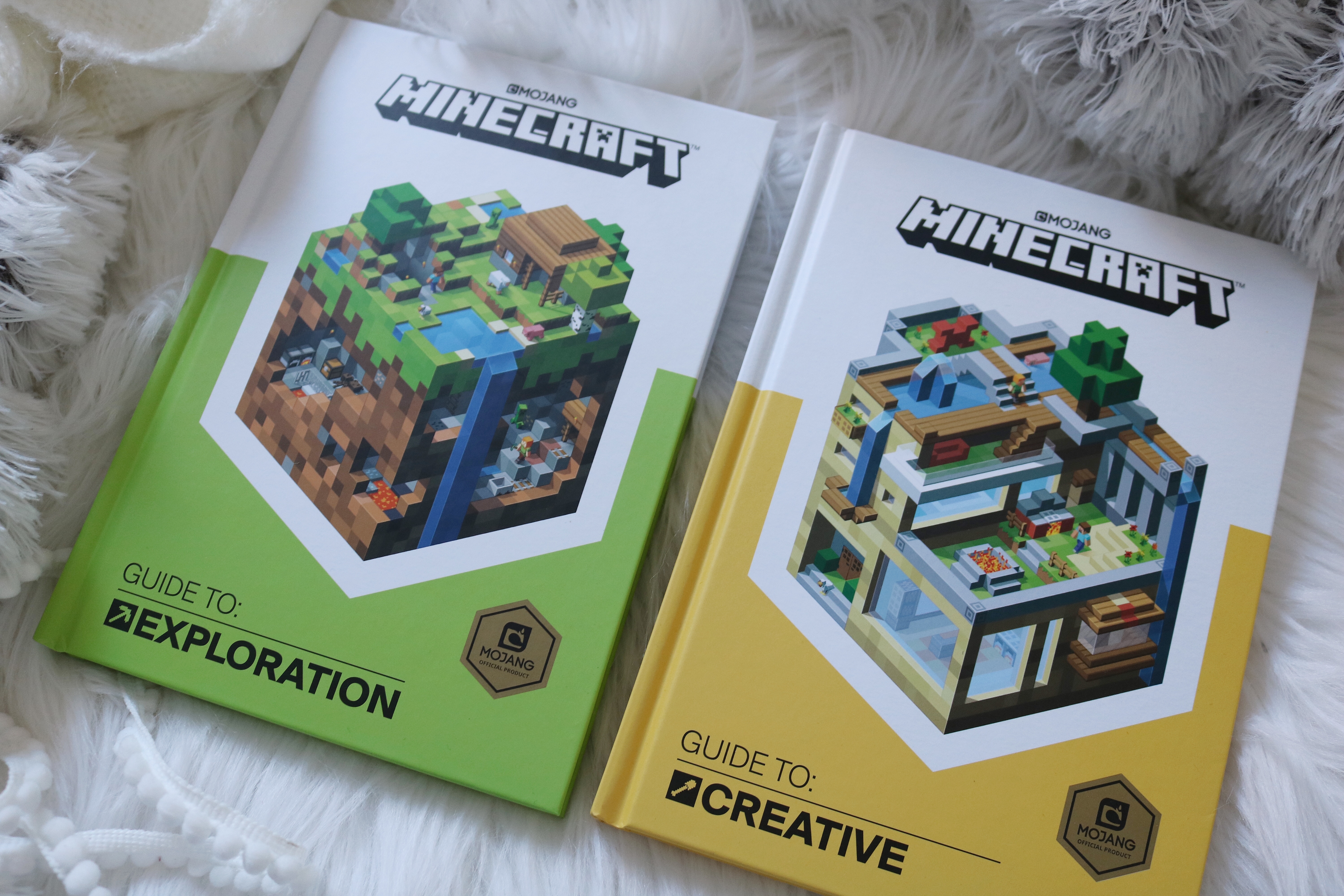 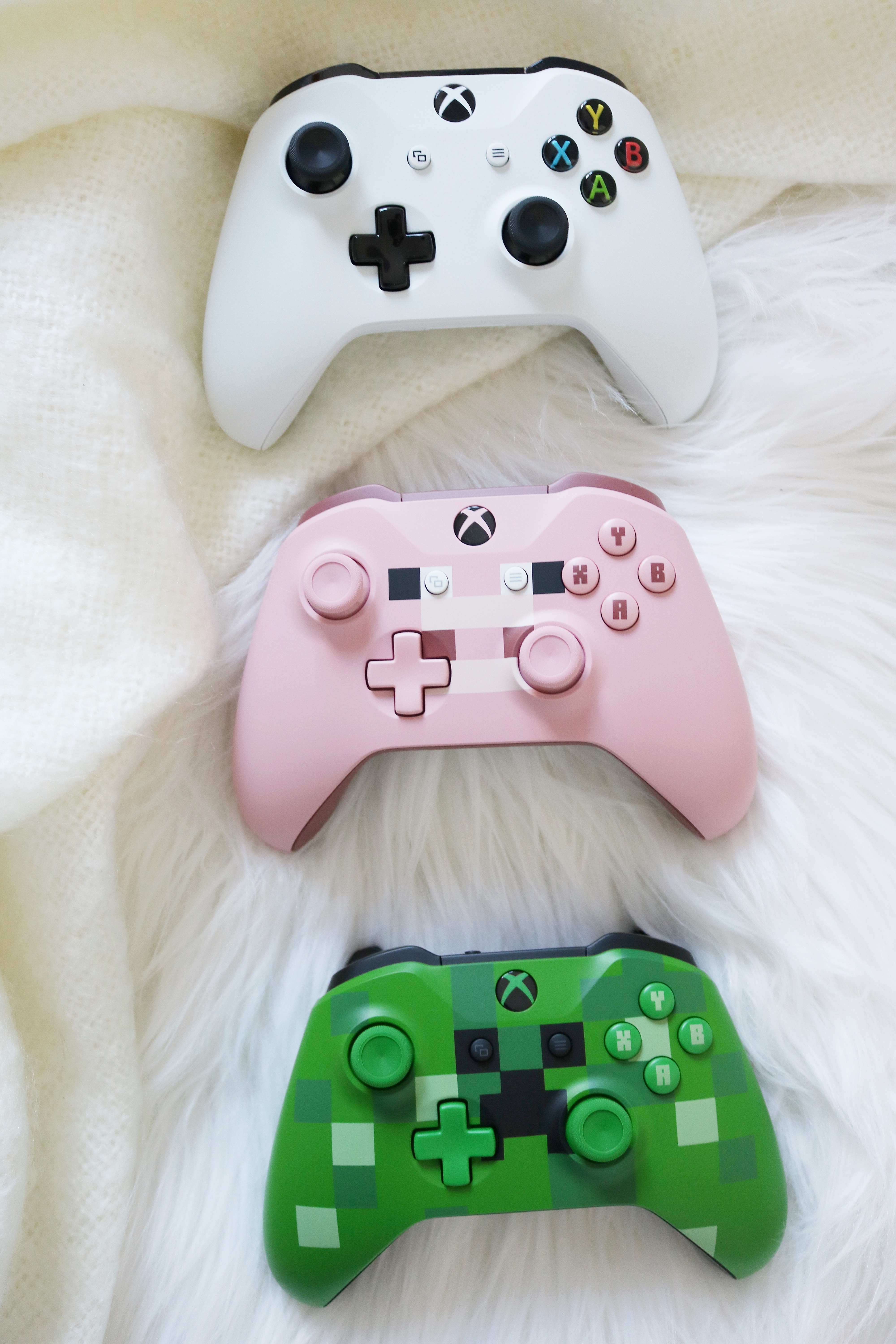 I also picked up a few other games for my son from EB Games this past week – we bought him Lego Jurassic World, Micromachines and de BLOB. These games are rated either E for Everyone, or one of the games is 10+, but he has actually played it before with us so we know the skill level will be fine.

The Copilot feature is one that we will be using quite a bit during the first few months our son uses his new Xbox One S. Copilot links two controllers so you can sue them as if they were one controller. This means if my son can’t jump out of a hole in a game, or can’t seem to get past something in his way, I can help him using another controller! I can choose if I will let him know that I am going to help him, or peek around the corner and give him an extra boost without him knowing. I think this is a great feature that will avoid a few temper tantrums about not being able to do something in a game – it’s such a great idea!

Another thing we love about the Xbox is the fact that once we are ready to take a break from gaming, we can use the Xbox One S console to watch TV and movies. The console is equipped with 4K HDR for watching Netflix shows and movies, or you can toggle over to the Microsoft Store and take advantage of everything it has to offer. 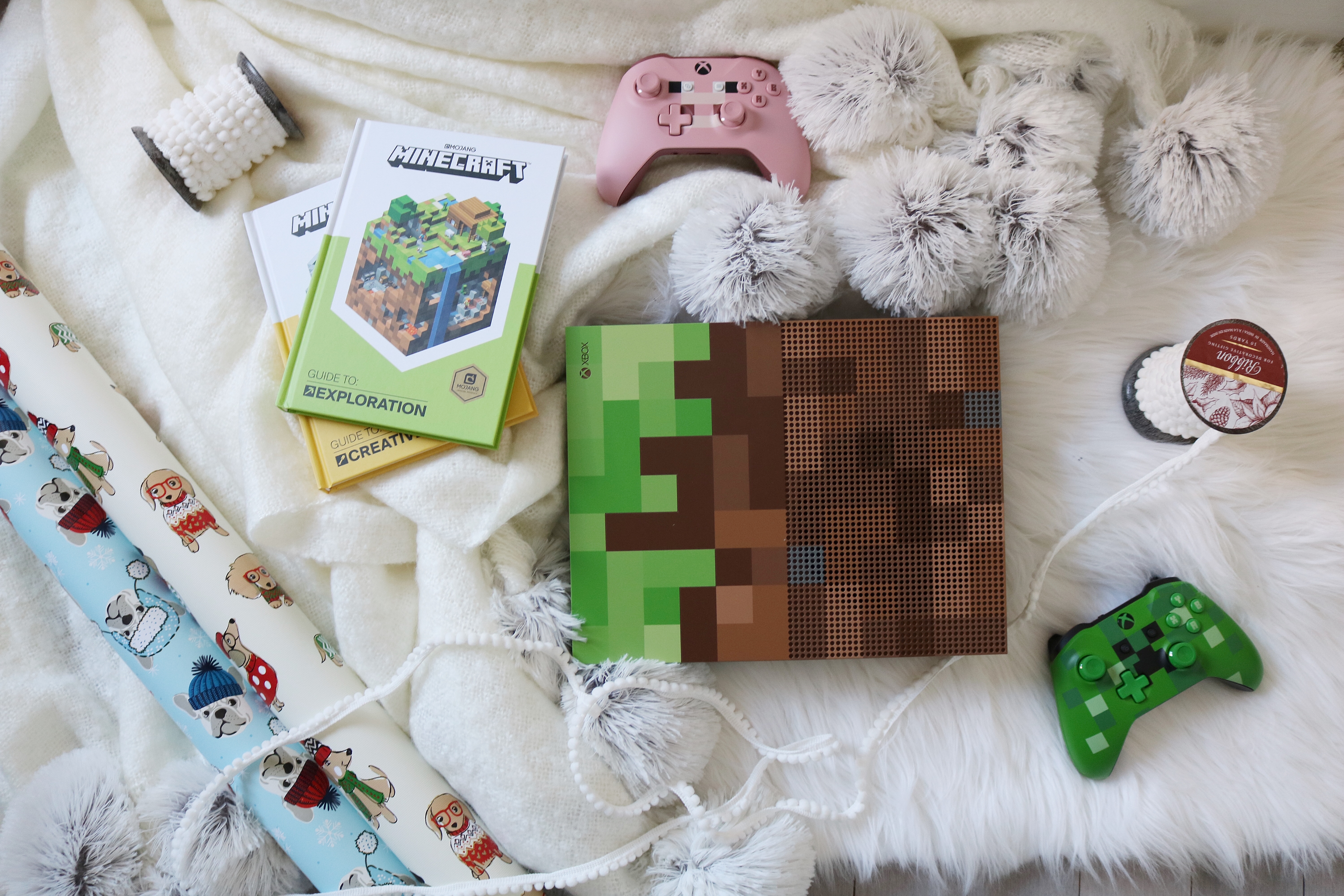 I don’t think I’ve ever been so excited to see my son open up a gift at Christmas! He’s going to be so excited once he tears the wrapping paper off of this one to find his own Xbox One S! We normally open our gifts the evening of Christmas day, so we have set aside some time to play a game as a family, and then watch a holiday movie on the Xbox One S console to finish off our night.

For more information on the Xbox One S, click on the link here!

Thank you to Xbox for providing us with a Xbox One S Minecraft Limited Edition Bundle for this post!

Items in this post may have been provided to me for review, but all opinions are fabulously my own. This post contains affiliate links.