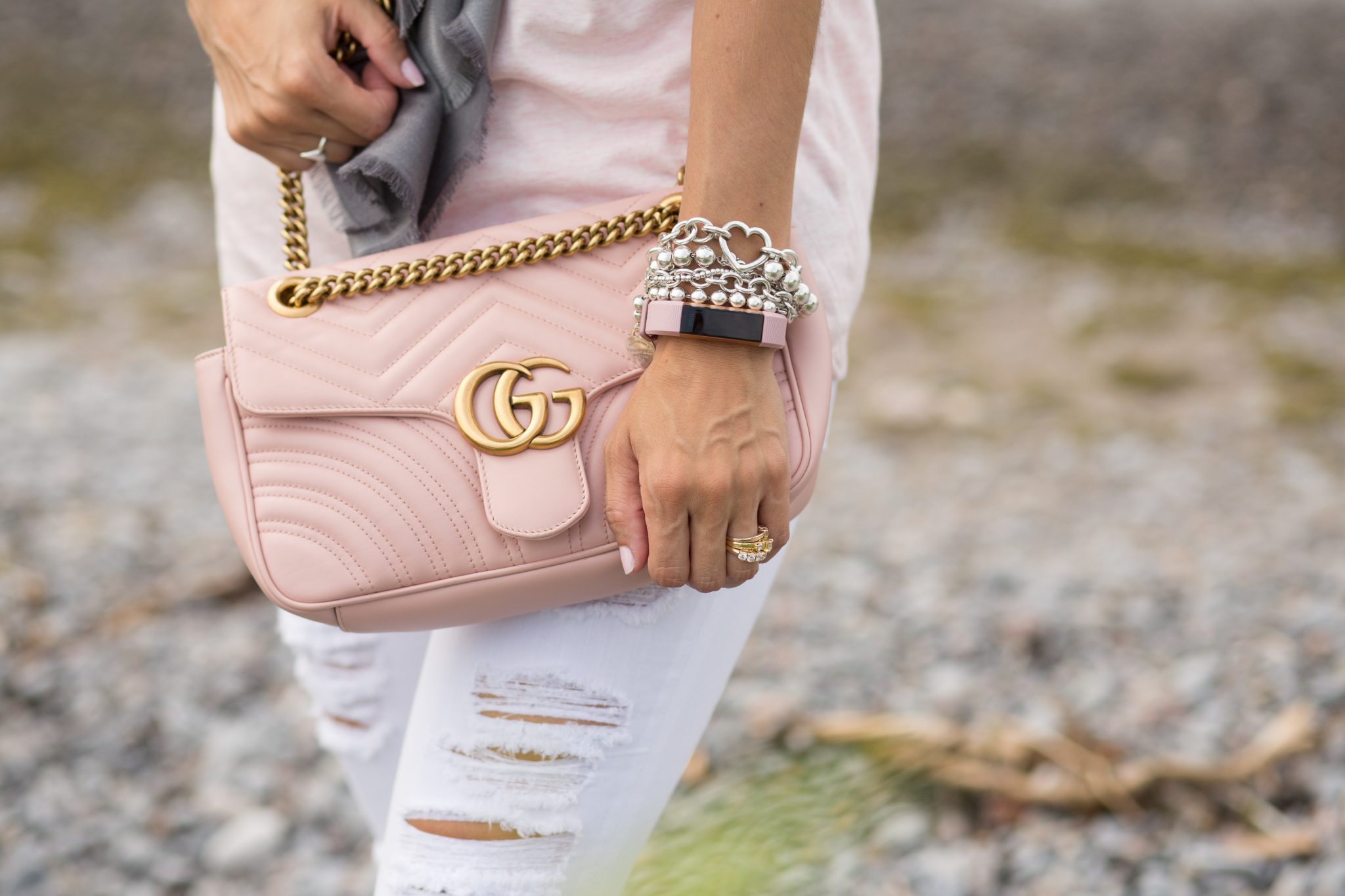 I’ve always been in intrigued by those flashy Fitbit devices I’ve seen people wear all the time, but I had never taken the plunge and picked one up for myself. I’ve even given one as a gift before and heard about how amazing the receiver thought it was, and only now I’ve finally had the chance to try one out myself!

First off, how cute is it? I’m wearing the FitBit Alta HR which comes in this special edition soft pink colour with 22K rose gold plating, and I think it’s so pretty! 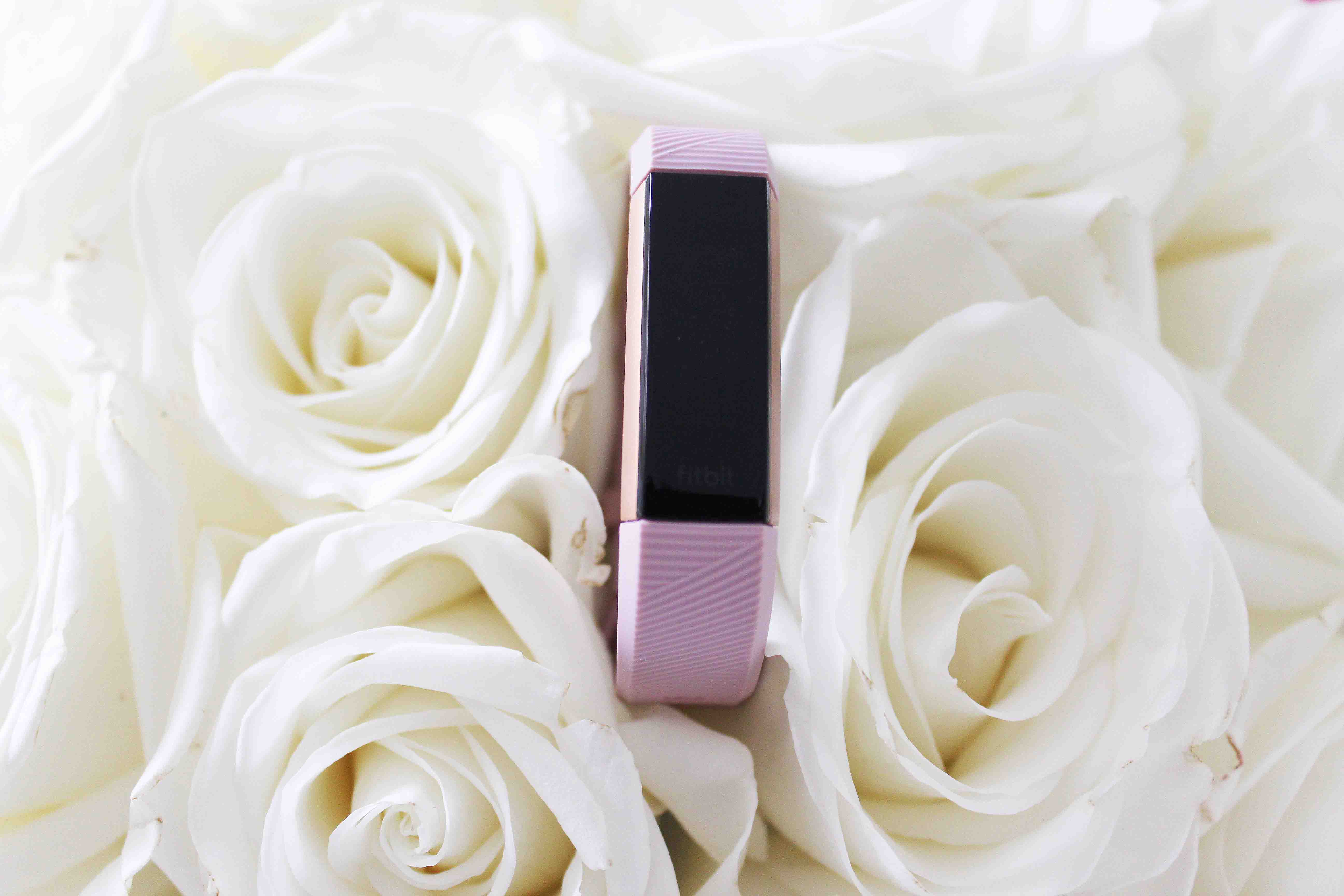 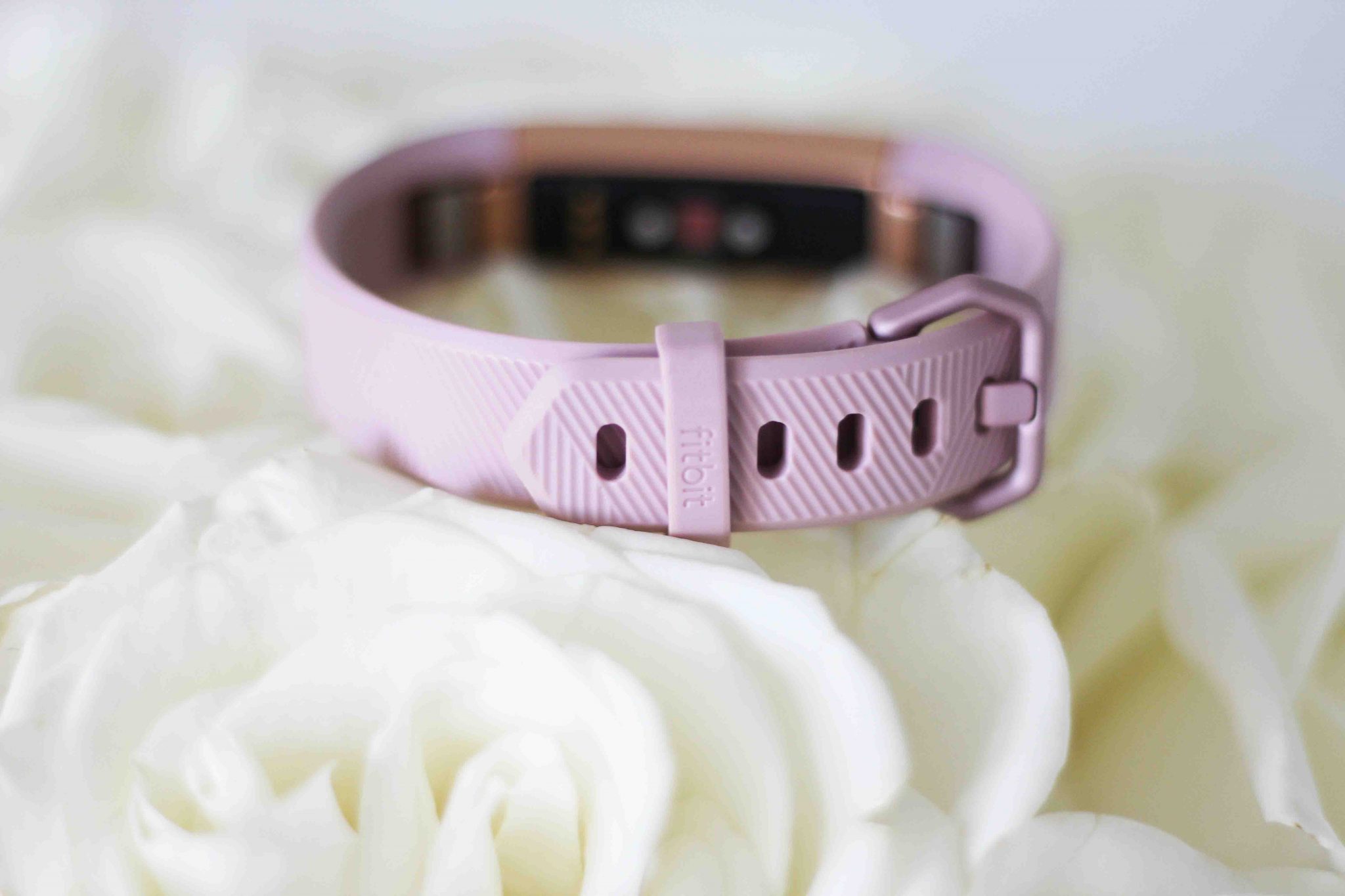 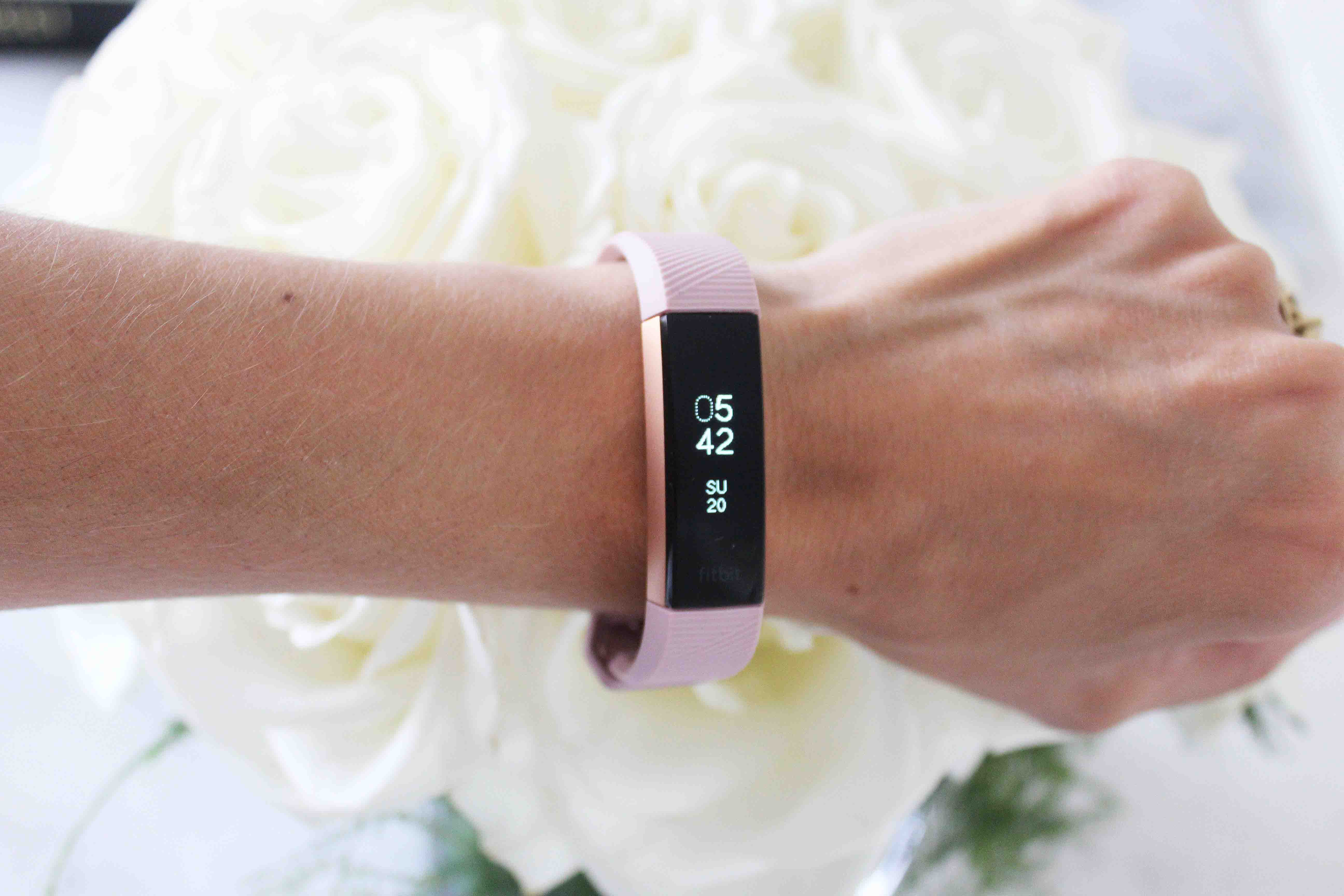 It was much more lightweight than I anticipated! I assumed it would be light since I knew people often wore it 24/7, but I was still surprised. I wasn’t sure if I would be able to wear it as much as most people do, but it wasn’t an issue at all because it was so comfortable.

To get started I just needed to plug my Fitbit into my laptop to charge it, and then I downloaded the Fitbit app to register it. I included information such as my weight and other basics, and I was ready to go!

Taping my Fitbit would light it up and let me know the time, and from there I could continue tapping for additional information such as my heart rate.

This Fitbit tracks everything from my steps, distance travelled, calories burned, my active minutes, hourly activity and time that I’m stationary (doing nothing).

What I loved about it was that it would send me reminders to move. This was something I found to be very motivating! I’d be sitting on the couch eating chips thinking I was alone, but really my Fitbit knew I was being lazy would prompt me to move! It’s set with an hourly goal of 250 steps, and the prompting made me want to reach that goal. 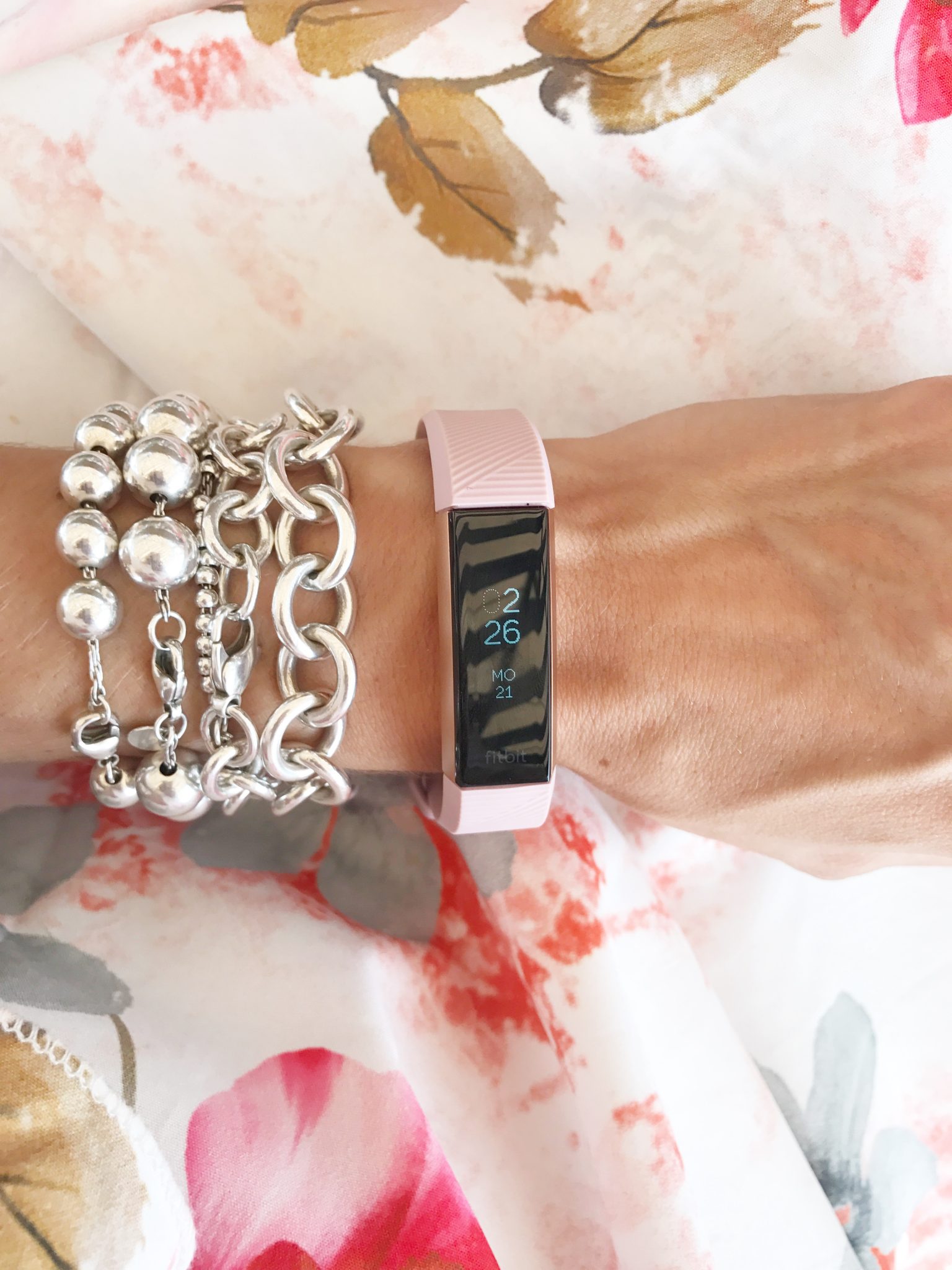 One other very cool function was that I could connect it to my smartphone so I could see calls, texts and calendar alerts when my phone was nearby. So cool!

The battery life is LONG. It could last up to 7 days without a charge which was amazing. My phone barely lasts a day so this was a pretty awesome feature to me.

Probably the coolest function was the Auto Sleep Tracking. I don’t know about you, but I wake up all the time in the morning and say to myself it feels like I didn’t sleep a wink.

Finally I was able to actually track how much sleep I was getting. It would give me a rundown each morning of how much time was spent sleeping lightly, deeply and my REM stages. I would also wake me lightly with vibration if I set my alarm. 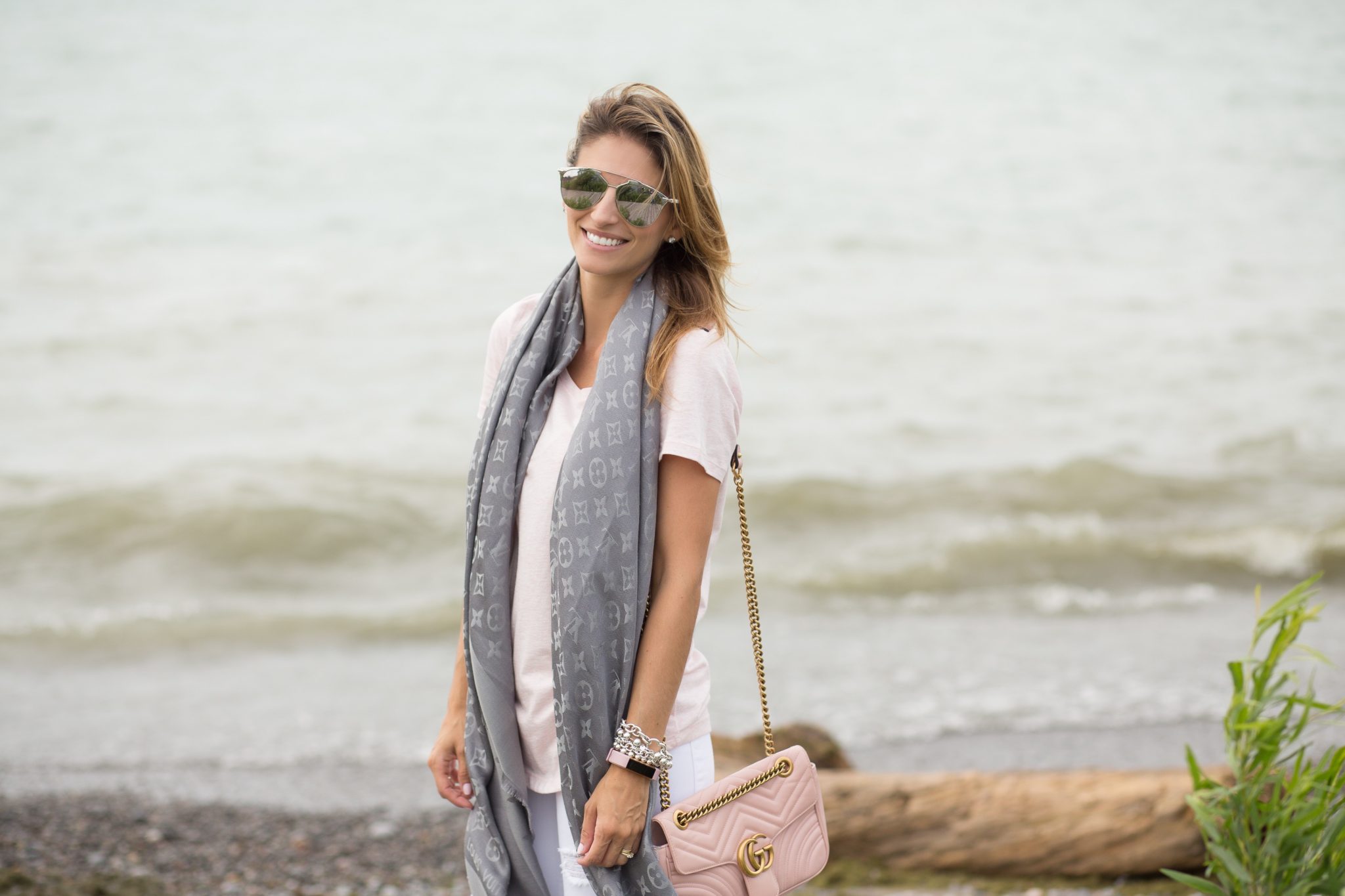 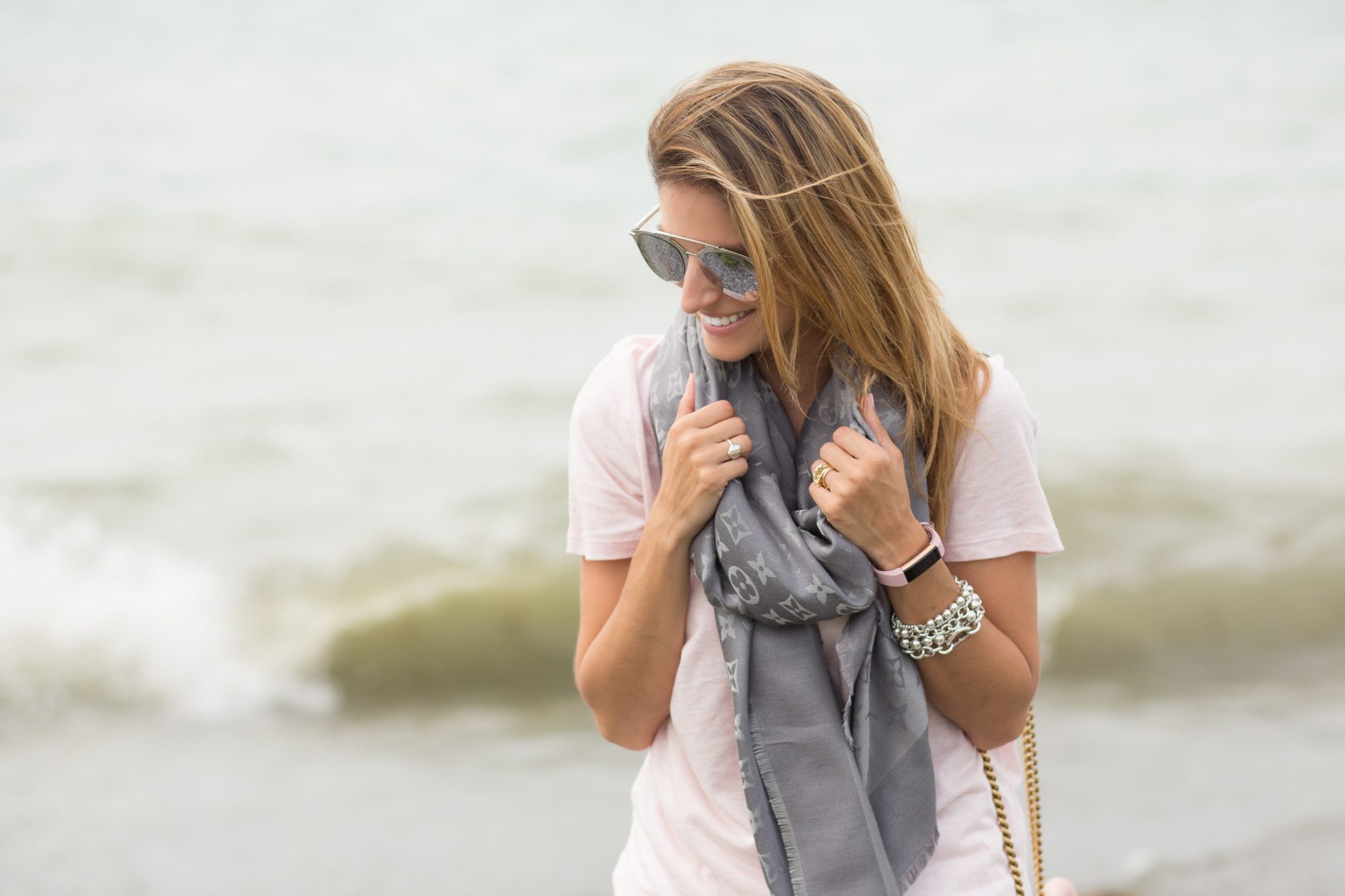 My favourite time to wear my Fitbit had to be when I was working out! I loved seeing those number jump when I was being really active. It made working out a bit more fun than usual. 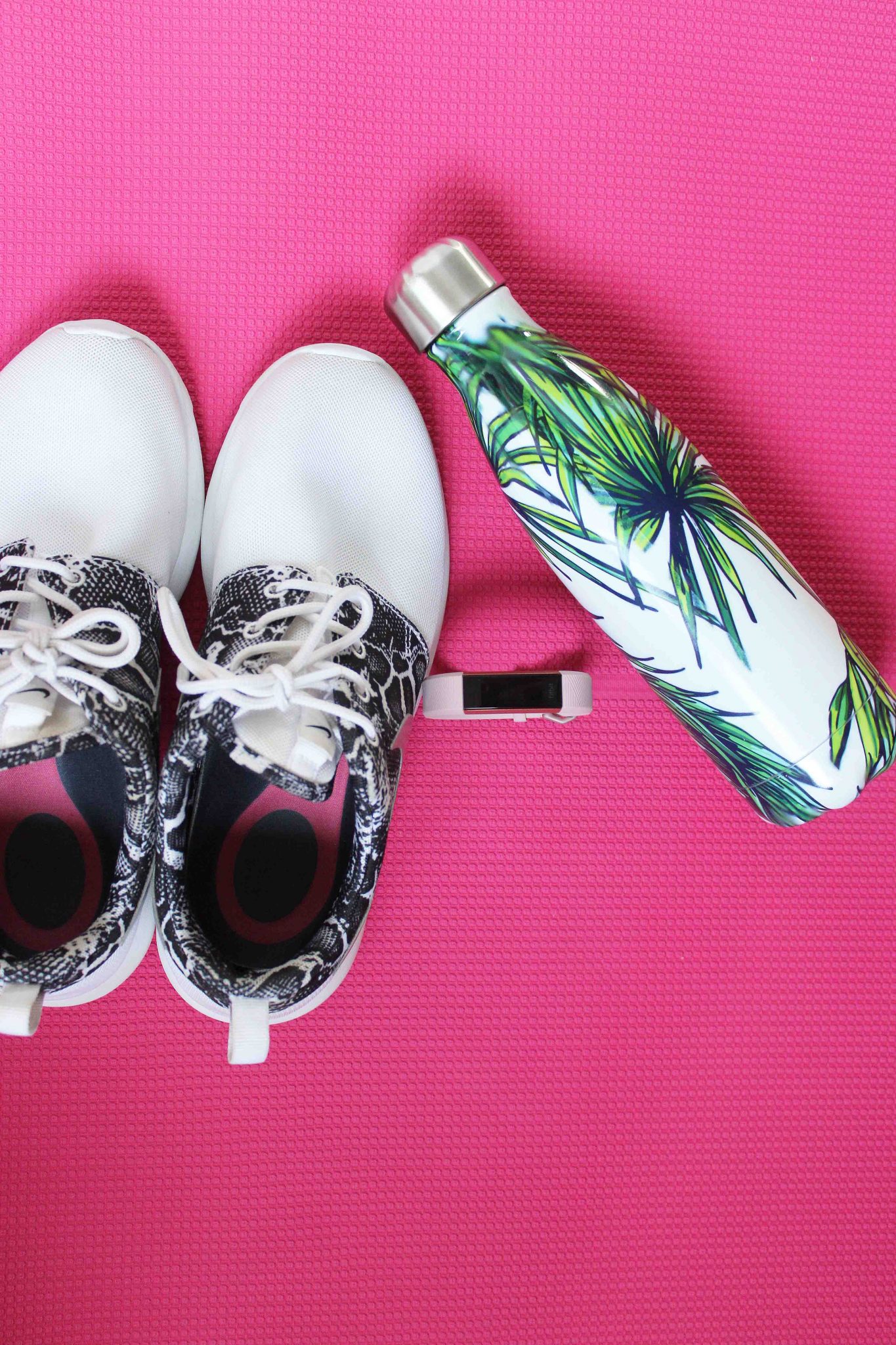 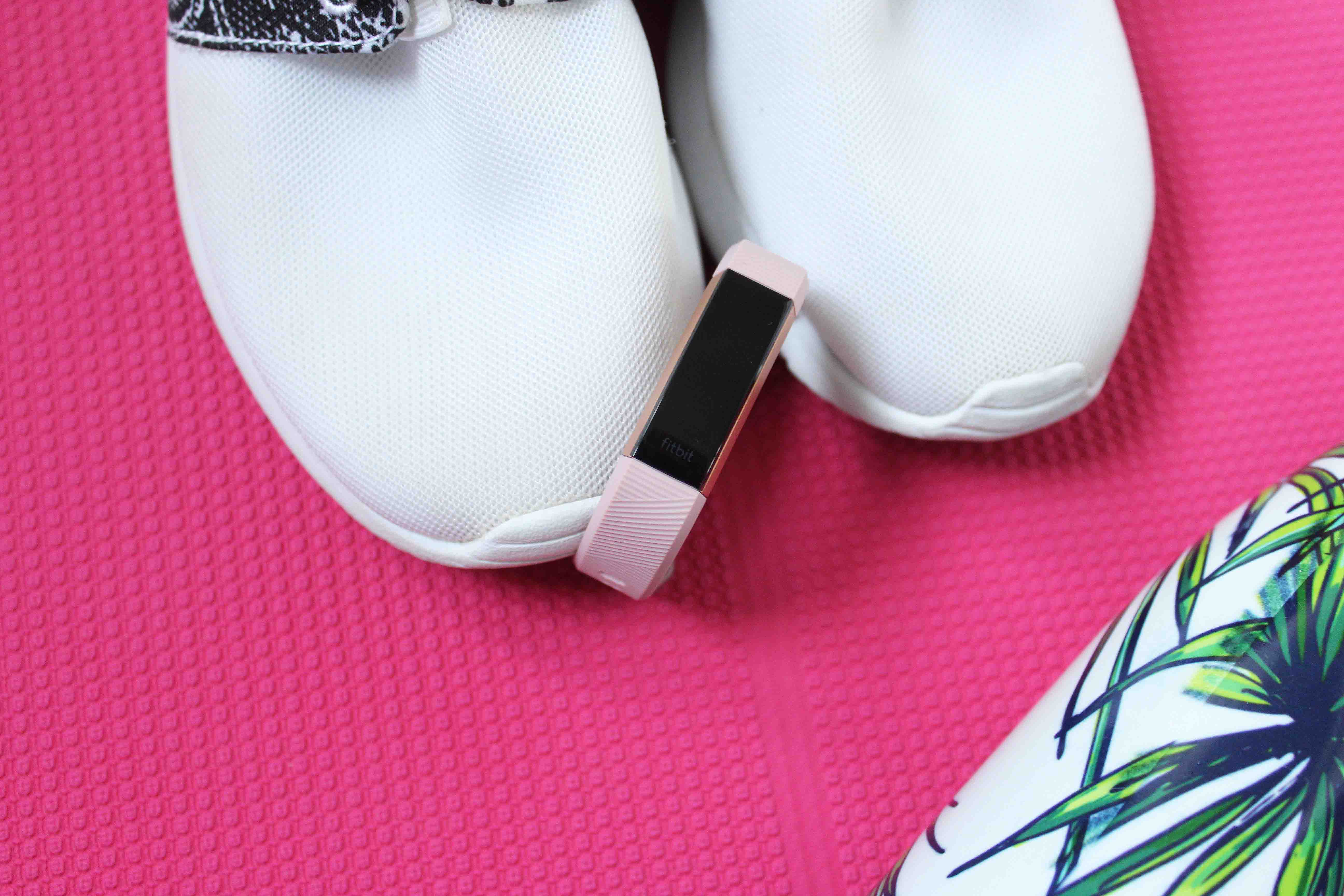 It was easy to not leave home without my Fitbit, and I know with the reminders to keep moving, and the progress tracking I have been more active than ever. The sleep function was so helpful as well so I could assess what I was doing before bed to make sure I got a more restful sleep. Overall the Fitbit has been great at making me more aware of my health goals. 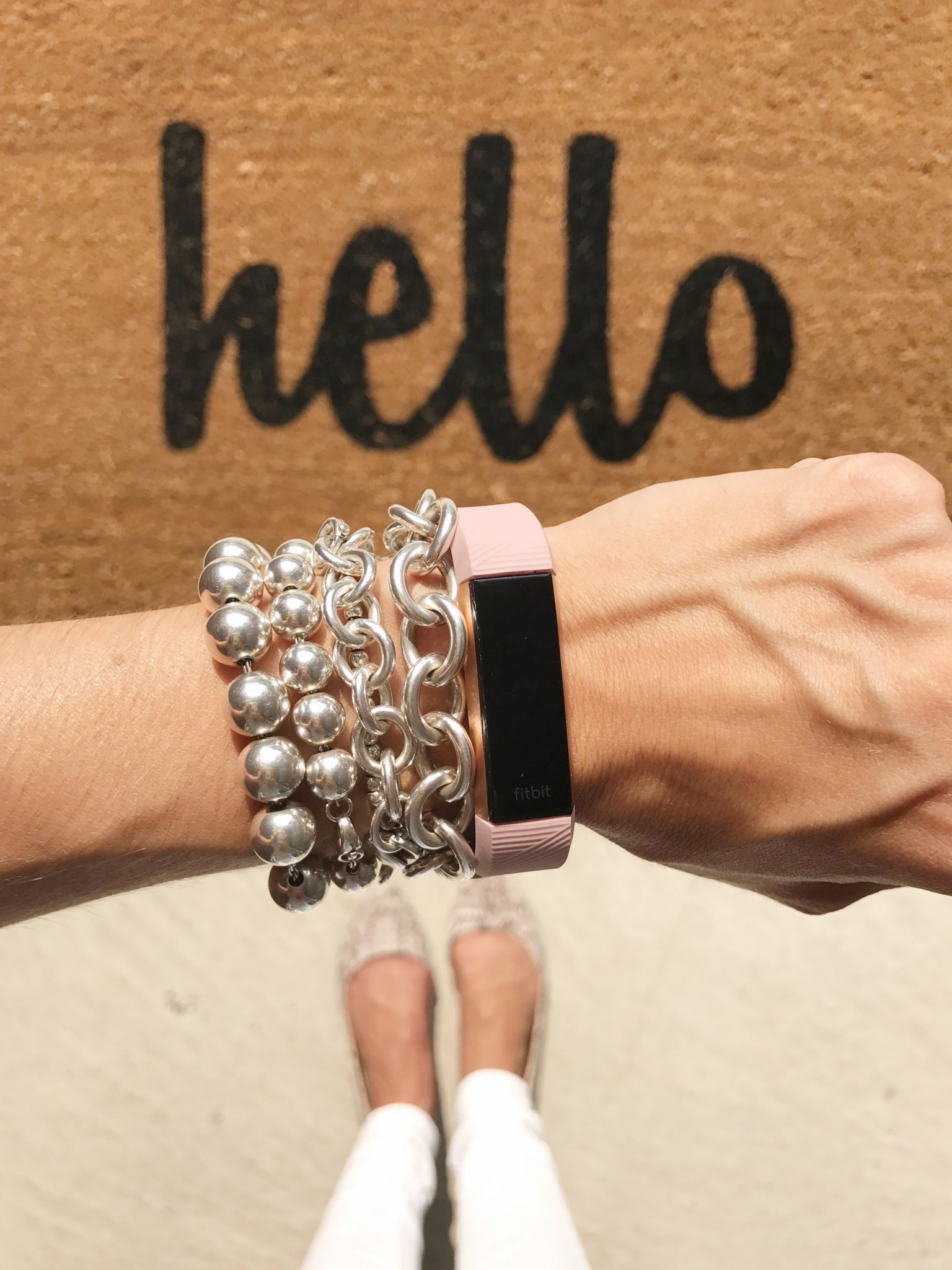 For information on Fitbit and to see all of the different device options, bands and other accessories, visit their website here!