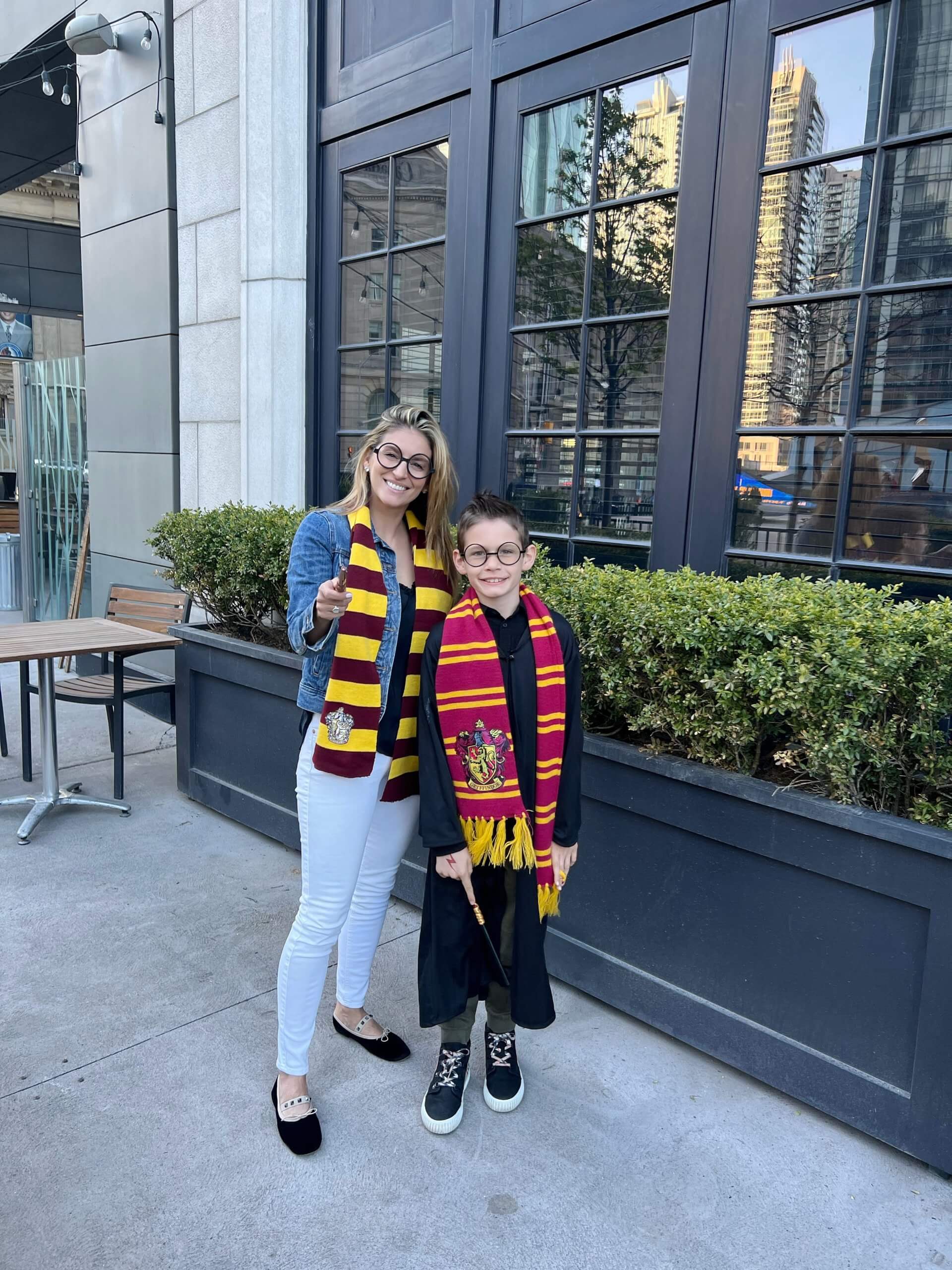 We had an amazing time last night in Toronto attending Harry Potter and the Deathly Hallows Part 1 In Concert with the Toronto Symphony Orchestra!

Do you remember the last time we went to the symphony? We went to see Home Alone in Concert (read the post here!), and it was everything I hoped it would be. I had wanted to go because my son is at the perfect age to fall in love with that movie the way most kids do, and seeing during the holiday season with the TSO performing the music was pretty magical. We loved that performance, so we jumped at the chance to attend this performance.

We have watched all of the Harry Potter movies’ over the last couple of years, so we were excited to watch The Deathly Hollows Part 1 again! We even had a costume for my son, and I grabbed a Hogwarts scarf and a pair of glasses for the show. Lot’s of other people dressed up as their favorite characters as well which made it fun! 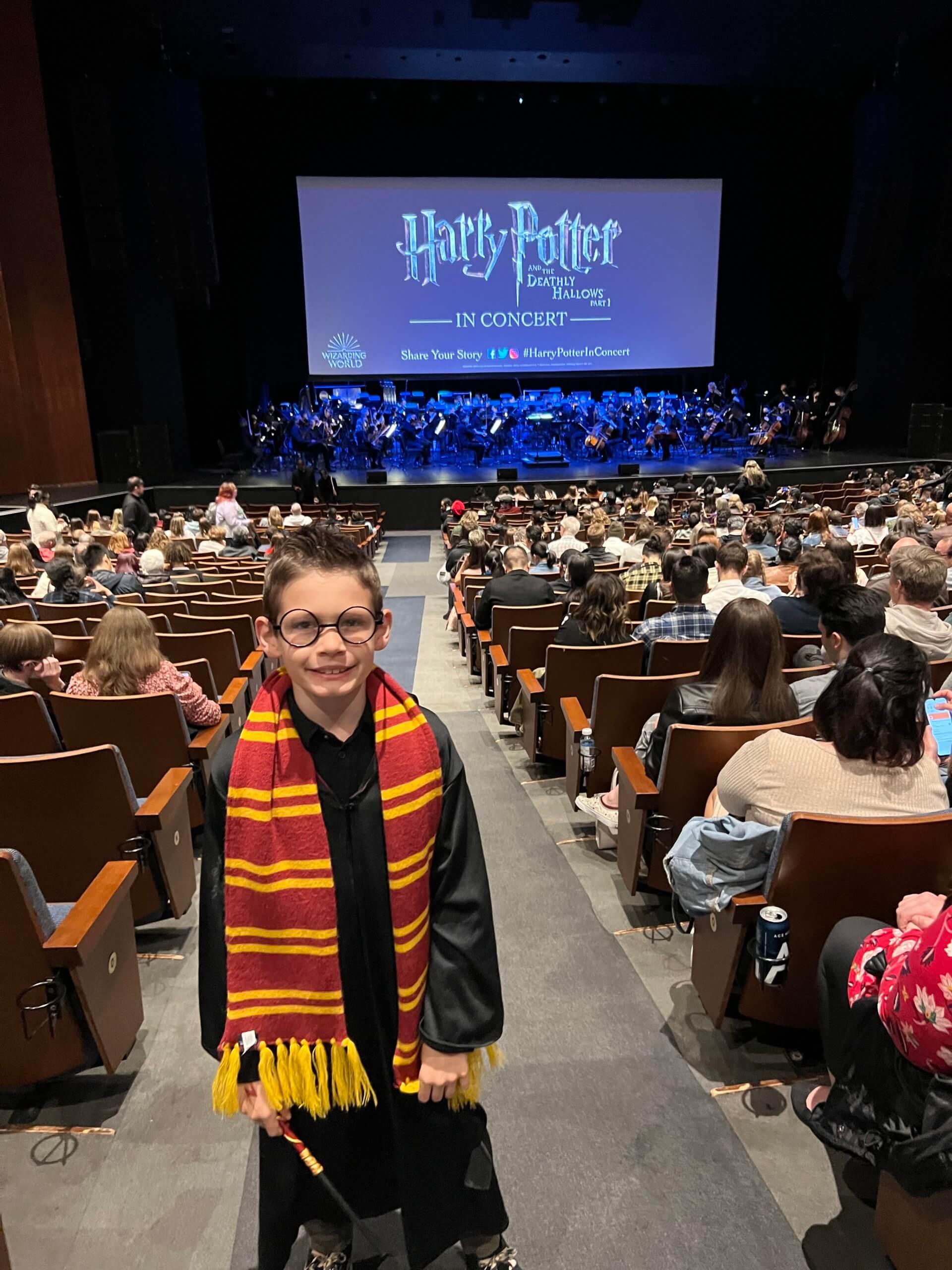 While last concert experience with the TSO was at Roy Thompson Hall, this concert experience was at Meridian Hall and was presented by TO Live. In 2017 TO Live was formed when three city-owned venues joined forces – Meridian Hall, St. Lawrence Centre for the Arts, and Meridian Arts Centre. Their vision is to build a better city through the arts, and they facilitate events in the city in their venues to support this vision. 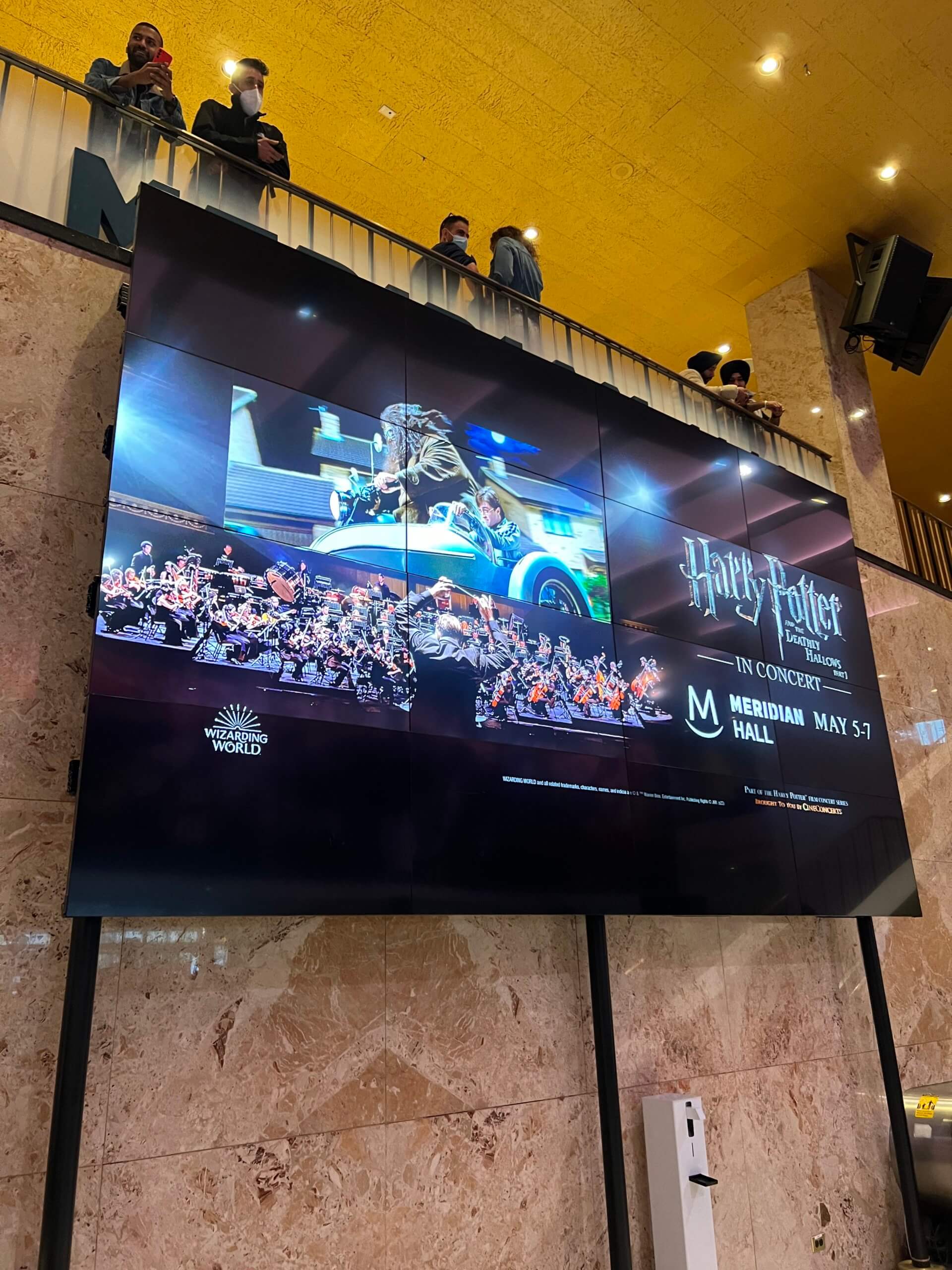 We had actually been to Meridian Hall (previously the Sony Centre for the Performing Arts)for a couple of other events before so we had an idea of where to park and where to eat before the show. We parked right across the street at a public lot on Scott Street, and ate at Oliver & Bonacini, then once we finished dinner we just hopped across the street to Meridian Hall. 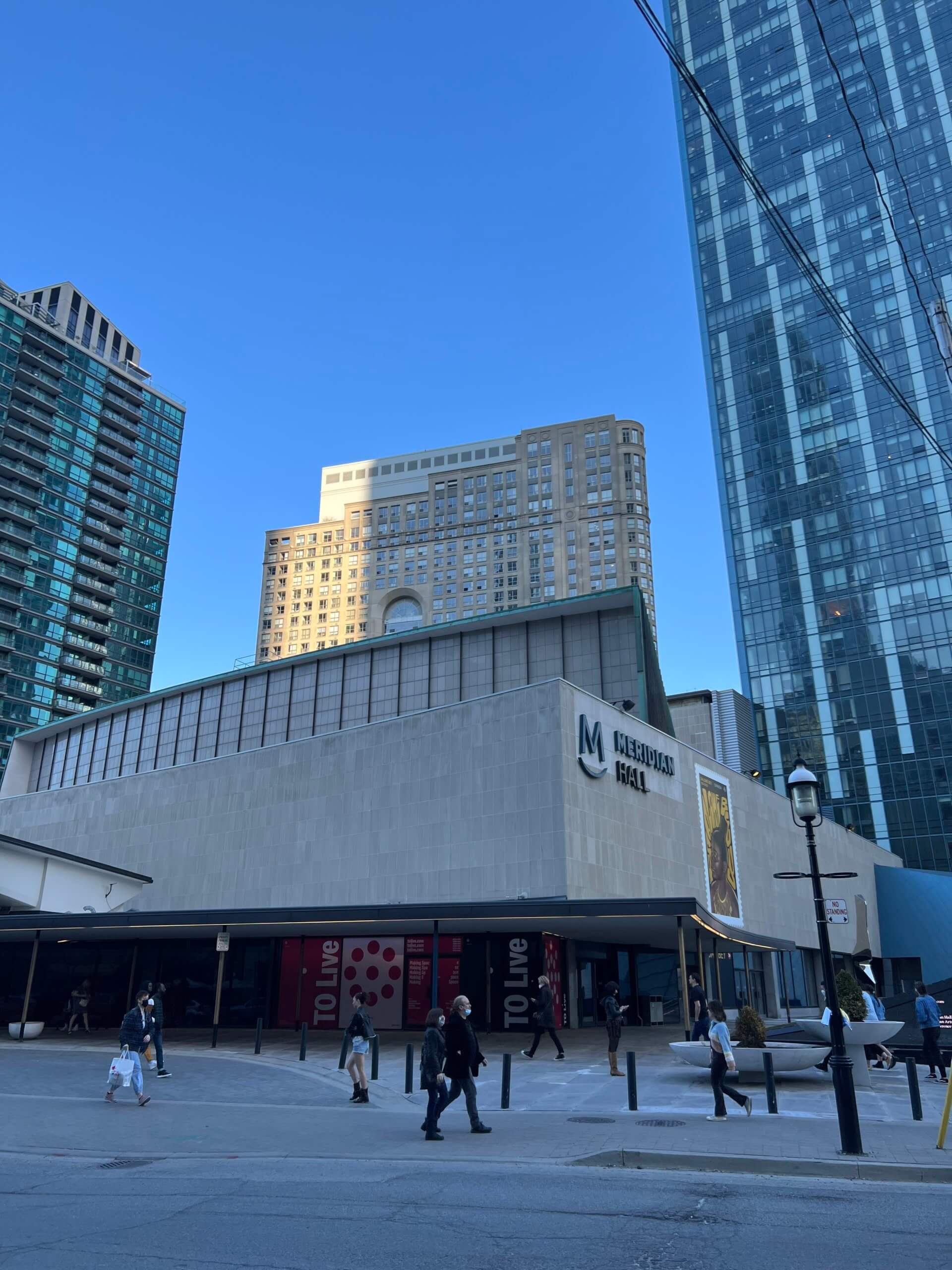 We grabbed some popcorn and drinks at the concession stand, and took a seat with everyone else for the show. I love hearing the orchestra tune before the show starts – it makes waiting much more exciting!

It was fun to watch the movie with the crowd because everyone was very vocal – there was lot’s of laughter, boos for bad guys when they appeared on screen, and clapping for all of the characters everyone loved.

There was a 20 minute intermission where you could stretch your legs and take a bathroom break as well which was nice! While watching the movie you forget that the orchestra is playing because it so closely follows the movie. It really is such a great experience and I think everyone should see the Toronto Symphony Orchestra at one of these concerts! 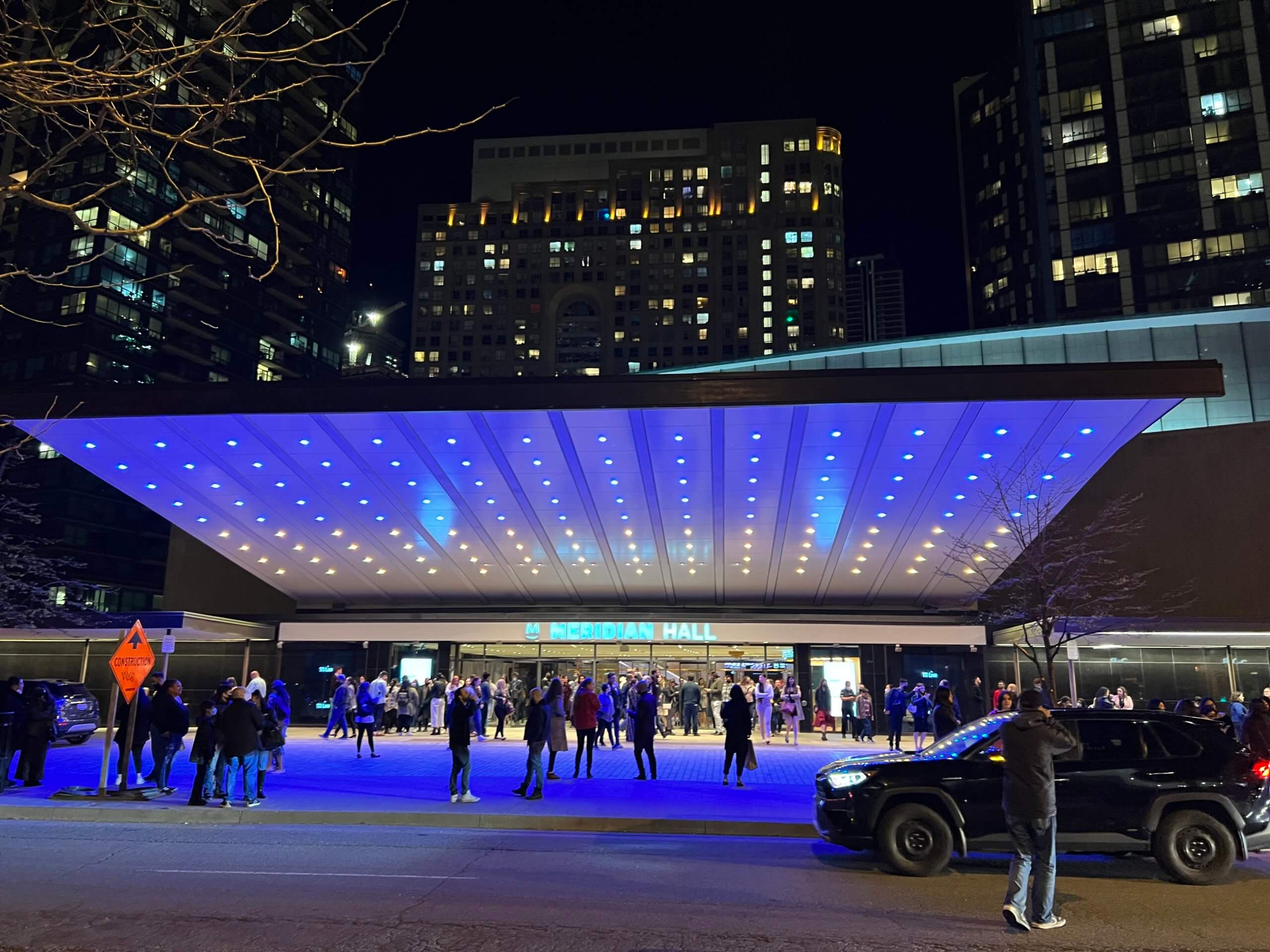 Coming up this year you can see Star Wars: The Force Awakens, The Nightmare Before Christmas, Elf, Black Panther and more! These are so much fun to attend!

Another great idea for kids are the Young People’s Concert series – coming up is mad.sad.glad. This particular concert is designed to showcase how a range of emotions can be expressed—and experienced—through music. There are often fun activities at Roy Thompson Hall prior to the show that are interactive for the kids, and the show itself is focused on keeping kids interested.

If you haven’t been to see the Toronto Symphony Orchestra I highly recommend either attending one of the Young People’s Concerts or one of the amazing movie concert experiences. It’s incredible to hear the orchestra play along with the movie. It’s such a great family night out!

For more details on the upcoming concerts with the Toronto Symphony Orchestra, please visit their website here.

Thank you to the Toronto Symphony Orchestra for hosting us!